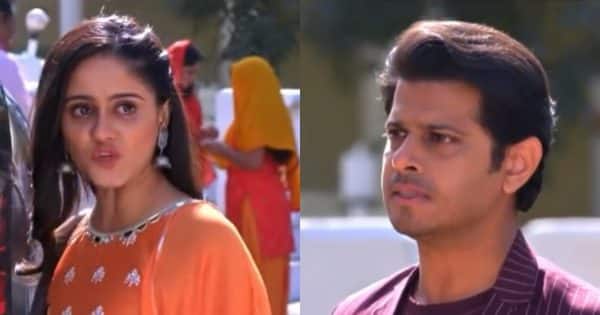 In fact, ‘Lost in someone’s love’ In the upcoming episode of Gum Hai Kisi Ke Pyar Mein, it will be seen that Virat will reveal Vinayak’s whole truth to Sai. Then Sai asks him a lot of questions. During this, Virat says that Sai should not do such a thing, which will make the situation worse. In response, she says, ‘You did what you wanted to do. Don’t even think about following me now. Stay away from me Virat Chavan. Fans are losing their hearts on this avatar of Sai. Many people have commented on Twitter that they have been waiting for this day for a long time. One user wrote, ‘It was nice to see Sai in this avatar. Hope the makers will take this character of Sai forward. Also Read – Gum Hai Kisi Ke Pyar Mein 18 January: Sai will lay a trap to get Virat to reveal the truth about Vinoo, Jagtap will also support him

The Audacity of this Garbage of a character – after committing innumerable sins he is yelling at her ??!!??

Good to see Fierce Sai back? Hope Makers stick to this version of Sai going forward?@sidd_vankar

Our Stunner was Phenomenal once again??
She has grown by leaps and bounds as an artist. She is gonna go a long way with her sheer dedication and hard work and her beautiful heart ❤️
She looked so pretty today?

This?? was overdue!!! Sai finally said it??
even we fans can contribute towards the list – but rehne dete hai?

The audacity to still yell at her with anger and call she’s ziddi?? all this to keep his ptralehka happiness” mujhse dur rahayie mr virat chavan”??? you did what you want now you don’t tell me what I want to do #saijoshi #AyeshaSingh #GhumHaiKisikeyPyaarMeiin pic.twitter.com/8cG0DmmBpf