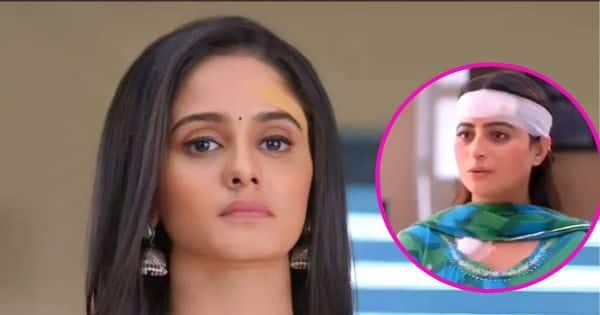 Patralekha will taunt Virat to save Sai

Ayesha Singh In ‘Gum Hai Kisi Ke Pyar Mein’, it will further be shown that as soon as Patralekha goes to her room, she sees that her two separate beds have become one. Ashwini and Ninad tell that it was their decision. Virat also gets ready for this thing. But after her mother-in-law and father-in-law leave, she asks Virat to have separate beds. Not only this, she also taunts Virat for saving Sai. Also Read – Gum Hai Kisi Ke Pyar Mein: Pakhi will burn Sai on honeymoon, the dark truth of the past will open in front of Virat

Sai will try to convince Patralekha

‘Lost in someone’s love’ Sai worries that Pakhi is misunderstanding her and Virat. In such a situation, she calls Patralekha and tells her that Virat has saved her out of humanity and duty as a police officer. But Patralekha does not agree to one of her words. Also Read – Ayesha Singh Photos: Sai reached the party as soon as she got rid of Virat, showed modern avatar in one piece

In ‘Gum Hai Kisi Ke Pyar Mein’, it will further be shown that Patralekha will suddenly walk out of Virat’s room in the middle of the night. She’ll try to get down the stairs. On the other hand, when the family members forbid her to do so, Patralekha will reply that she does not have to stay in Virat’s room. She wants to stay in the guestroom.

TV News The dose of entertainment in the show ‘Gum Hai Kisi Ke Pyar Mein’ does not end here. The show will further show that Sai will decide to move on from Patralekhaa and Virat’s life. She will stand in front of Virat the next day at the police station. However, it is not yet clear what Sai will do. But it is believed that she will decide to leave both of them alone.