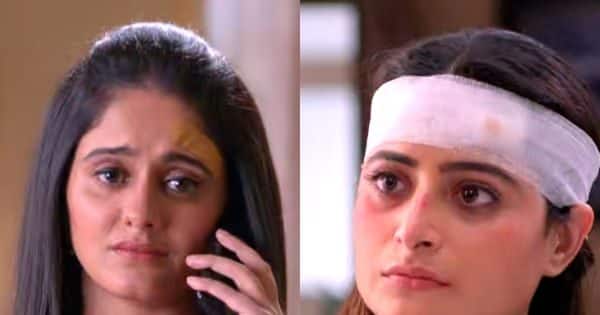 Gum hai kisi ke pyar mein: The famous TV serial ‘Gum Hai Kisi Ke Pyar Mein’ is going through a lot of turmoil these days. Neil Bhatt, Aishwarya Sharma and Ayesha Singh (Ayesha Singh)Lost in someone’s love Twist on twist are coming in the coming days, which has surprised even the fans. Last week, it was shown in the show that Patralekha meets with an accident. However, Sai finds him from the ditch and also brings him out from the jaws of death. Whereas this week it is being shown that Patralekha has returned home after being discharged. Also Read – Gum Hai Kisi Ke Pyar Mein: Pakhi will burn Sai on honeymoon, the dark truth of the past will open in front of Virat

‘Lost in someone’s love’ The twists and turns do not end here. Today it will be shown in the show that Patralekha will refuse to share a bed with Virat or even stay in a room. But the matter does not end here. There is also news coming about the show that Patralekha will decide to separate from Virat and the talk of both will reach divorce. Actually, it has settled in his mind that Virat had saved Sai before leaving him.

‘Lost in someone’s love’ Sai’s screen timing was shown very less. Fans believe that in today’s half-hour episode, Sai was shown for only 10 minutes. Not only this, Sai was shown thinking only about Virat and Patralekha the whole time. Regarding this thing, it is being speculated that soon Sai may be discharged from ‘Gum Hai Kisi Ke Pyar Mein’. Also Read – Ayesha Singh Photos: Sai reached the party as soon as she got rid of Virat, showed modern avatar in one piece

I dont like sai anymore.. Instead of focusing on her career she is busy thinking about pakhrat.. Why? Pakhrat will solve their issues.. Sai ka kya jata hai? Hey there#GhumHaiKisikeyPyaarMeiin

why #saijoshi is compromising with her self respect by being around virat n chavan family ..why are you showing a woman is incomplete without a man ?why are you disrespecting a single mother? You can show sai as single independent mother #GhumHaiKisikeyPyaarMeiin https://t.co/c6ioypxPa1

TV News In the show ‘Gum Hai Kisi Ke Pyar Mein’, these days the fans are also seen upset with the character of Sai i.e. Ayesha Singh. Even after watching today’s episode, a user wrote, “Why is Sai repeatedly hurting her confidence by being around Virat and the Chavan family. Why are the makers showing Sai weak again and again.” While another user wrote, “Now I am not liking Sai. Instead of thinking about her career, she is thinking about Pakhi and Virat.” Also Read – Gum Hai Kisi Ke Pyar Mein: A big secret will open in front of Sai-Virat, then Patralekha will be ignored