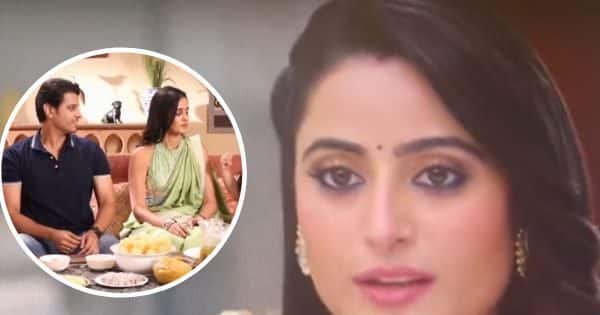 Pakhi will get closer to Virat in front of Sai

In ‘Gum Hai Kisi Ke Pyar Mein’, it will further be shown that Pakhi follows Virat to the school to pick up Vinayak. She asks ten types of questions even after seeing both of them talking together. Not only this, Pakhi tries to make Sai jealous when she talks about the project in the car and puts her hand on Virat’s shoulder and says, “Remember the last time we prepared Vinayak’s project, he won the first prize. We are the best in terms of Also Read – Bigg Boss 16 will see the entry of this actor of ‘Gum Hai Kisi Ke Pyar Mein’, another name surfaced

Virat-Sai will come together on the pretext of the project

‘Lost in someone’s love’ In (Gum Hai Kisi Ke Pyar Mein) it will further be shown that Savi and Vinayak have to make a group project, in which Sai and Virat are also needed. Patralekha asks everyone to go to the Chavan residence, but Sai refuses to go to that house and advises her to make a project in her house. Virat also agrees to this, seeing which Pakhi’s blood boils. Also Read – Gum Hai Kisi Ke Pyar Mein: There will be a terrible accident on the picnic, Virat will save Sai and Patralekha will fall into the ditch

Pakhi’s drama continues even after she comes home from school. She tells Virat that though you hate him, but today in school you were talking to him laughingly. Even Virat does not hold back from answering on this matter. He says, “Nowadays I am also seeing that you come to the police station for small things. Who has the right to show this to me.”

Patralekha will make Savi a pawn to separate Virat and Sai

‘Gum Hai Kisi Ke Pyar Mein’ will further show that Patralekha’s jealousy for Savi keeps on increasing. He feels that Savi is replacing his son Vinayak. On the other hand, Virat and Sai’s closeness also disturbs his mind. In such a situation, she will take the support of Savi and create problems in Virat and Sai’s life, due to which both of them will be separated again.