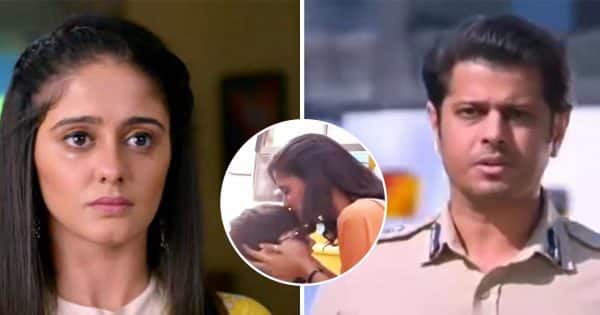 Gum hai kisi ke pyar mein 19 January: TV serial ‘Lost in someone’s love’ (Gum Hai Kisi Ke Pyar Mein) Ever since it was telecast, a lot of drama is being seen in it. One or the other storm keeps coming in Virat and Sai’s life, while Pakhi also does not seem happy in her life. In the last episode of the serial, it was seen that Vinayak’s whole truth comes in front of Sai. Virat tells her everything and Sai is overjoyed after knowing everything. But in the upcoming episode, once again Sai’s anger will be seen bursting on Virat. Let us tell you about the upcoming episode. Also Read – Gum Hai Kisi Ke Pyar Mein 18 January: Sai will lay a trap to get Virat to reveal the truth about Vinoo, Jagtap will also support him

Sai’s anger will come out on Virat

In the upcoming episode of Gum Hai Kisi Ke Pyaar Mein, Sai will be seen telling a lot of lies to Virat. In the serial, it will be seen that in the temple, Sai questions Virat that why did he hide Vinu’s truth. She also says that she is worried about the world. Everyone’s pain is visible but why is his pain not visible. Because of this, Sai leaves from there saying that she will never forgive Virat.

Vinayak will be missing from school

It will be seen further in the story of the serial that as soon as Sai comes to know the truth, she will directly reach Vinayak’s school. Here she will meet her Vinu and will shower lots of love on him. During this, she goes to the store to spend some time with her son. Here Sai is accompanied by both Vinayak and Savi. During this, all three have a lot of fun. Also Read – Gum Hai Kisi Ke Pyar Mein: Fed up with the daily drama, Ayesha Singh will take a break from the show, fans confused after seeing the caption

Pakhi and Virat’s life will get stuck

Gum Hai Kisikey Pyaar Meiin will further see that when Sai takes Vinayak with her to the restaurant, Patralekha gets upset from behind as she does not get any information about Vinu. First she calls Virat and then she also asks Mohit about Vinu. But no one knows anything. In such a situation, she finds out from the school’s CCTV camera that Sai has taken Vinayak with her and informs this to Virat. Virat then finds Sai’s location and reaches her.

Gum Hai Kisi Ke Pyar Mein: Sai will take Vinayak with her from school, Pakhi will be seen frantically searching for her son

Exclusive: Alia Bhatt will throw a party for the RRR team in the joy of winning the ‘Golden Globe Award’, will celebrate together