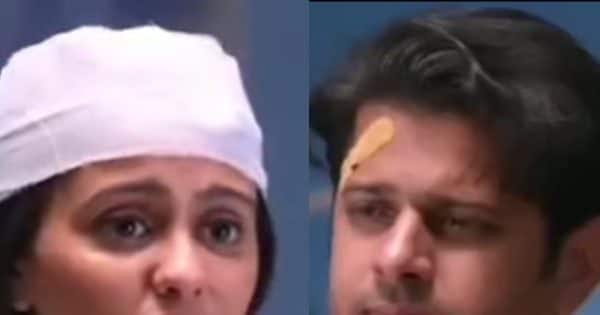 Gum hai kisi ke pyar mein upcoming: Neil Bhatt and Ayesha Singh starrer serial ‘lost in someone,Gum hai kisi ke pyar mein) remains in constant discussion among the audience. So much happens in the show on a daily basis that the fans cannot live without talking about this serial, due to which this Star Plus serial has been maintaining a place in the TRP list since its first day. In the episode of ‘Gum Hai Kisi Ke Pyar Mein’ last day, it was seen that after the accident letter book Swinging between life and death, Sai treats Patralekha. But a new twist is going to come in the upcoming episode as well, due to which Patralekha Virat Will be seen keeping distance from. Also Read – Gum Hai Kisi Ke Pyar Mein: A big secret will open in front of Sai-Virat, then Patralekha will be ignored

In the upcoming episode of TV serial Gum Hai Kisi Ke Pyaar Mein, it will be seen that Sai treats Patralekha, due to which Patralekha comes out of the mouth of death. On hearing this news, all the people present in the hospital heave a sigh of relief, while Virat also becomes happy. For this reason, Virat goes inside the room to meet Patralekha. Then Virat thanks Sai. During this, Virat is also holding Sai’s hand and Patralekha sees the same thing, due to which Patralekha’s face gets spoiled.

Patralekha will meet the whole family

At the same time, after this, the whole family also comes to meet Patralekha. Meanwhile, Virat’s mother explains to Patralekha that her life was saved because of Sai. However, Kaku tells from behind that it is because of Sai that Patralekha is in this condition today. Kaku says that if Sai was not there, Patralekha’s condition would not have been like this. Meanwhile, Kaku also calls her daughter-in-law Patralekha a lioness. On the other hand, Karishma taunts in between and says that today one son-in-law has saved the life of another, due to which Virat gets enraged and asks everyone to go out. Also Read – The greatness of these daughters-in-law of TV made the audience cry tears of blood by sacrificing again and again

Patralekha will take this step as soon as she returns home

In the upcoming episode, Patralekha will recover and return home as well. Vinayak is most happy about this. Vinayak comes barefoot in front of his mother Patralekha and Patralekha is also surprised to see this. Meanwhile, when the turn comes to take Patralekha inside the house, Virat holds his wife’s hand but Patralekha frees her hand from Virat, which clearly shows that Patralekha wants to stay away from Virat. Not only this, even in the middle of the night, Virat is seen sitting outside the room, which means there is tension in their relationship.