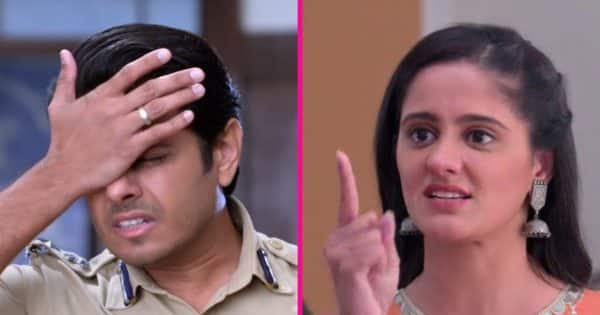 Gum Hai Kisi Ke Pyar Mein Fierce Sai Wins Heart: star plus serials ‘Lost in someone’s love’ These days I am getting to see twist on twist everyday. These days it is being shown in the show that Sai has come to know that Vinayak is her own son. For this, he has also scolded Virat fiercely. Even in today’s episode it will be shown that Sai will threaten Virat to tell the whole family that Vinayak is her son. The fans were very happy about this style of Sai. Not only this, he praised Sai fiercely on Twitter. However, on the other hand, the audience left no stone unturned in putting Virat and Patralekha’s class. Also Read – Gum Hai Kisi Ke Pyar Mein: Sai will fight to get Veenu, Patralekha will call her son-in-law a ‘child thief’

‘Lost in someone’s love’ In Gum Hai Kisi Ke Pyar Mein it will be shown that Virat advises Sai to spend her life with Savi as Vinayak is Patralekha’s last hope. Even Sai does not hesitate to reprimand Patralekha for being a supporter of her. She replies to Virat that for a mother all her children are equal so how can she forget her son. Not only this, Sai taunts Virat that her son is not something that he can donate. Also Read – Gum Hai Kisi Ke Pyar Mein: Fans were impressed after seeing Sai’s sherwani avatar, the actress was praised on Twitter

Shamelessness of not only character but actor justifying shows everything.
Vinu ko iss tarah se chin liya jaye Matlab he did not think while snatching Vinu, that he was only jeena ki wajah for Sai? If Sai also could have taken wrong step?#GhumHaiKisikeyPyaarMeiin pic.twitter.com/zi2BAOUizO

* Gone is the one who was intent on keeping to her lane, maintain a distance from those who destroyed her life – now mother has reared her head, she will not cower but will roar unless …* pic.twitter.com/tRO6f4lTNP

Today epi is too trigerring,ppl can avoid,V is falling so low don’t think ppl will feel bad even if he dies now,infact will say good riddance.Psycho P as usual.If P gets vinu it will send very criminal msg 2 viewers. This show shd shut soon#GhumHaiKisikeyPyaarMeiin

A user praised Saiee’s expressions and wrote, “Look at her expressions. She breathes life into every scene. Ayesha portrays the emotions of a mother very well and she is also a very good actress. Tremendous performance.” Some users did not leave any chance to apply Virat’s class. One user wrote, “Yeh hi show ka asli villain hai.” So while another user wrote, “Virat has stooped too low. Even if he dies in the show, people won’t care. On the other hand, if Patralekha gets Vinayak, it will send a very wrong message to the people.” This show should stop.”