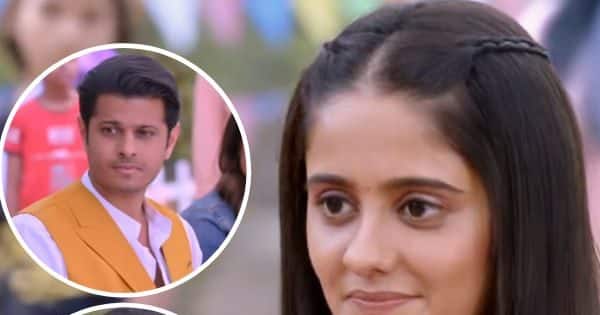 Virat will not prove to be the best husband

‘Lost in someone’s love’ It will further be shown that in the game, where Patralekha tells all the choices of her husband Virat, when it comes to Virat, he fails. He is able to answer only two questions correctly, due to which the other kids’ parents start making fun of him. This makes Patralekha very angry. Also Read – Today TV News December 12: Being a ‘Pakhi’ affected Aishwarya’s mental health, people remembered Urfi after seeing Nia

TV News In the show Gum Hai Kisi Ke Pyaar Mein, the game is carried forward at a picnic. The principal’s ma’am hands over the chit of Savi’s parents, which makes Patralekha nervous. On the other hand, Sai also refuses to go in the game and scolds Savi as well. But Virat agrees to play for the sake of his daughter’s happiness. In the game, Sai tries to give wrong answers, but even then all her answers turn out to be correct. On the other hand Patralekha cries tears of blood seeing all this. Also Read – ITA Awards 2022: Virat-Patralekha came to give couple goals by sidelining Sai, users ridiculed for not getting the award

Sai will sacrifice her life for the sake of Virat-Pakhi

In ‘Gum Hai Kisi Ke Pyar Mein’ Entertainment The dosage does not end here. The news coming about the show is that Sai will sacrifice her life for the sake of Virat and Pakhi in the accident. Actually, where Pakhi will be hanging on one side of the bus, Sai will be hanging on the other side, due to which Virat will be confused as to whom he should save first. In such a situation, Sai will release the grip of the handle, so that Virat can save Pakhi.