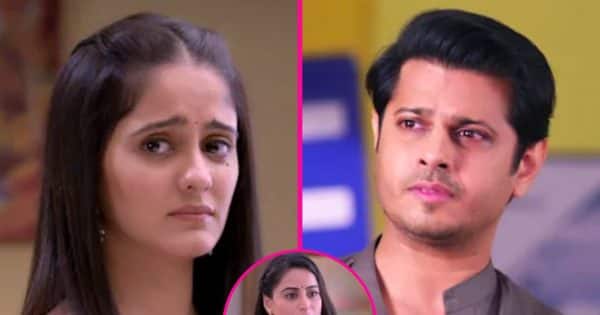 Patralekha will accuse Sai of dividing her husband

‘Lost in someone’s love’ In (Gum Hai Kisi Ke Pyar Mein) it will be soon shown that Virat tries to convince Patralekha to let Venu call Sai as Choti Mamma. On hearing this, Patralekha gets angry and says that I have been sharing my husband with that woman and now you want me to share my child with her. Patralekha does not stop here and says that Venu is my child and I will not share him with anyone. Virat also gets caught in the vortex of relationships that how should he explain to Pakhi that Vinayak is Sai’s son. Also Read – TRP List Of 2nd Week 2023: Anupama’s ratings jump, ‘Gum Hai Kisi Ke Pyar Mein’ becomes a thorn in the neck YRKKH

Kaku will be responsible for ruining Mohit-Karishma’s marriage

Ayesha Singh In Gum Hai Kisi Ke Pyar Mein starrer, it will be further seen that Virat will reveal in front of the whole family that Vikrant is a man from the opposition party and he deliberately used charisma. Omkar and Sonali are shocked to hear this. While holding Bhavani responsible, Omkar says that the reason for ruining my son’s marriage was none other than your political career. Also Read – Latest Twist In Top 9 Shows: Patralekha will abscond after snatching Sai’s son, Anuj’s one night stand will come in front of Anupama!

Sai will face the punishment for Virat’s mistake.

Gum Hai Kisi Ke Pyar Mein will soon see that Vinayak gets the prize in the competition, which he wants to give to his mother. Sai and Pakhi both come after listening to Venu. But seeing them together, Virat gets confused as he would not have told the truth to Patralekha. In such a situation, it is believed about the show that Vinayak will dedicate his prize to Patralekha and Sai will be heartbroken to see this. On the other hand, Sai will get angry and tell the whole truth to Patralekha.

Bigg Boss 16 New Promo: When Salman exposed Tina in front of Shaleen, the actress wept bitterly, people reminded her of her deeds