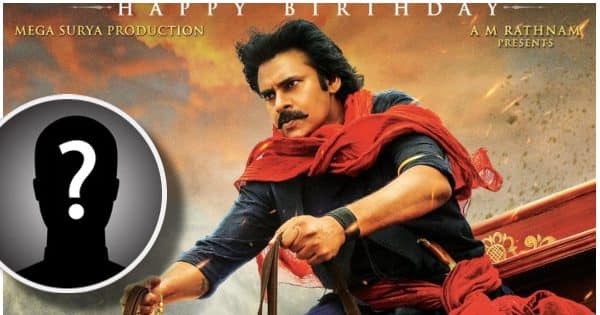 This Bollywood star to join Pawan Kalyan’s Hari Hara Veera Mallu: Tollywood superstar Pawan Kalyan’s upcoming film Hari Hara Veera Mallu is in the news these days. Director Krish is making this film. In the film, Pawan Kalyan will be seen in the role of a martial arts trainer of the 17th and 18th centuries. Superstar Pawan Kalyan took martial arts training fiercely for the film. Whose pictures were also released by the makers. These pictures became fiercely viral on social media. Now there is a discussion that the entry of a handsome Bollywood star is going to happen in this film. Scroll down to know who is this Bollywood star.

Tollywood superstar Pawan Kalyan starrer The news has come out about this film that Bollywood stars in the film. Bobby Deol Will also be seen. According to the news, Bobby Deol is going to play the role of Aurangzeb in the film. Not only this, according to reports, Ashram star Bobby Deol is going to start shooting for the film soon. It is heard that film star Bobby Deol will soon start shooting for the film in Hyderabad. in this movie Pawan Kalyan With this, actress Nidhi Agarwal will be seen in the lead role. Interestingly, this will be Bobby Deol’s first South film.

Pawan Kalyan is busy in these films

Talking about actor Pawan Kalyan, the film star was last seen in blockbuster films like Vakil Saab and Bhimla Nayak. Since these films, the craze of the fans for the next film of the actor is on the seventh sky. After these films, the actor has started shooting for his film Hari Hara Veera Mallu. Whereas after this the actors are in discussion about the next films of Surinder Reddy and Puri Jagannath.