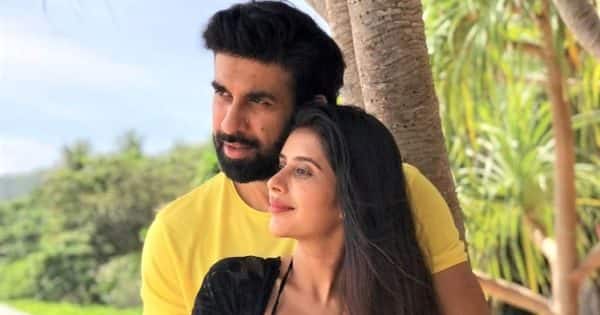 Rajeev Sen Break Silence On Charu Asopa: Charu Asopa had accused husband Rajiv Sen of assault. Along with this, she had also decided to get divorced from Rajiv. Now Rajiv Sen has broken the silence on all these things. He called his wife mentally ill.

Rajeev Sen Break Silence On Charu Asopa: Famous TV actress Charu Asopa and Rajiv Sen’s quarrel is not taking the name of the threat. The actress accused her husband that Rajiv Sen had raised her hand on her many times, as well as abusing her. Charu Asopa (Charu Asopa) had also revealed in his interview that Rajiv often disappeared after the fight, due to which he has spent many months alone. Now on these allegations of ‘Yeh Rishta Kya Kehlata Hai’ actress sushmita sen His brother Rajiv Sen has also broken the silence. Responding to his wife’s allegations, he said that my daughter is not safe with him. Along with this, Rajiv also advised Charu Asopa to get out of the YouTube world and focus on the family.


Rajeev Sen (Rajeev Sen) also reacted to Charu Asopa’s decision to divorce. Rajeev said about this, “I never wanted to get divorced. I married him, kept him happy and became his partner. But at that time I also wanted happiness and love. Charu needs that on his ‘YouTube’. Get out of the world and value your family, because now we have a daughter too. I think too much pride, bad friends can ruin a good married life.”

Rajeev Sen Charu Asopa (Charu Asopa) also gave a befitting reply to the allegations. Talking about this, he said, “Instead of getting divorced and moving on in life, my wife is lying about me. Like she never even told me about her first marriage. God be upon her and her entire family.” But keep your grace.” Rajeev Sen also described the wife as mentally unbalanced and said, “I too can say a lot about her and her family, but I prefer to remain silent. She is completely mentally unbalanced.” She is a troubled woman and my daughter Gianna is not safe with her.”