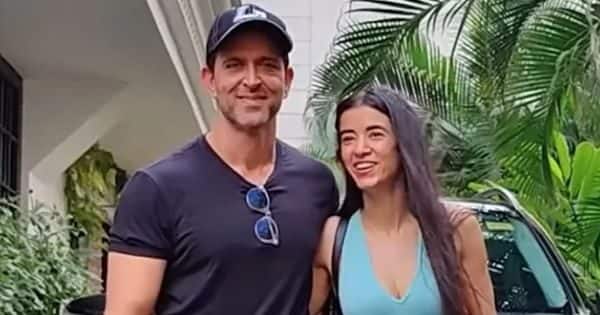 Bollywood actor Hrithik Roshan Has divorced his wife Sussanne Khan a long time ago. Now Hrithik Roshan and Singer Saba Azad The news of the relationship keeps coming often. These two are often spotted together. Recently news came that Hrithik Roshan and Saba Azad are planning to take their relationship forward and both of them are thinking of living together in the apartment in Mumbai. Work is going on in the building, so they will soon shift here and live in it. However, Hrithik Roshan has dismissed this news. Also Read – Before marriage, these stars built their house, bought a new house together without seven rounds

Hrithik Roshan has made a tweet dismissing this news. He wrote in the tweet, ‘There is no truth in this. Being a public figure, I understand that people try to know about me, but it will be right if we keep away misinformation, especially in our reports, which is a responsible job. 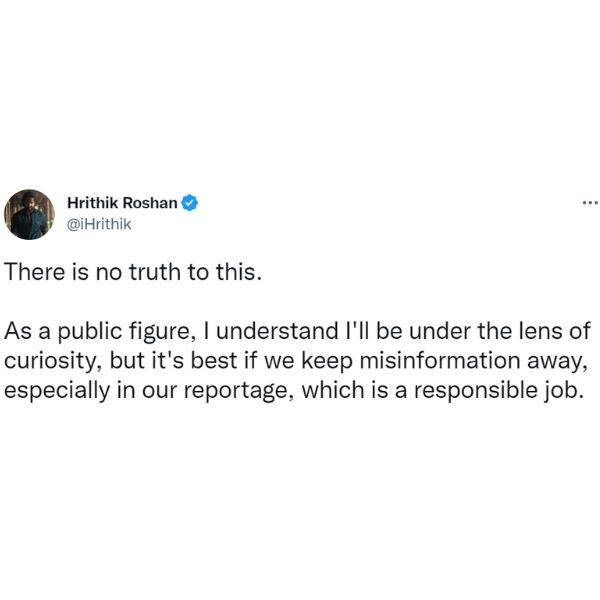 Also Read – Will Hrithik-Saba be together without seven rounds? House built in vow

Hrithik Roshan 48 years old and Saba Azad She is 37 years old. These two often come under attack for their age gap. Let us tell that Hrithik Roshan and Saba Azad were spotted together in a restaurant in the beginning of the year 2022. Since then, these two are often seen together. However, both of them have not talked about their relationship. These two often keep posting social media about each other. In this way, people keep stamping their relationship. Also Read – Sonam Kapoor sprinkles life on Pav Bhaji, know favorite dishes of other Bollywood stars including Ajay Devgn