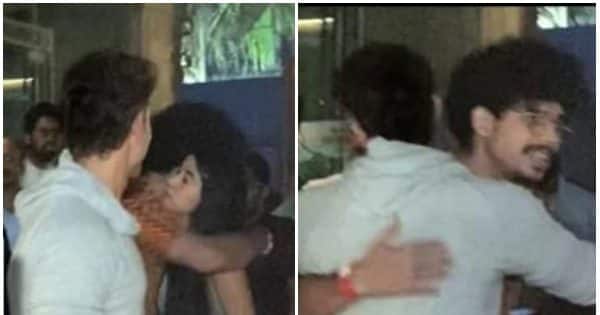 Hrithik Roshan hugs Saba Azad’s ex-boyfriend Imaad Shah: Bollywood film star Hrithik Roshan recently went out on a dinner date with his rumored girlfriend Saba Azad. Where he met actress and singer’s ex Imad Shah. After this Hrithik Roshan hugged him in front of everyone. This video is now going fiercely viral.

Imad Shah and Saba Azad are considered to be ex-couples. According to media reports, before dating Hrithik Roshan, Saba Azad was in a relationship with Imad Shah. However, both of them broke up later. Even after the breakup, there is a formal relationship between the two. The two still maintain cordial relations with each other. This is the reason that as soon as Saba Azad and Hrithik Roshan met Imad Shah during the dinner date, both of them were seen hugging him. Now this video has become a topic of discussion in social media. You can watch this video here.

Imad Shah is the son of Naseeruddin Shah.

For those who are not aware, let us tell you that actor and singer Imad Shah is the son of veteran film actor Naseeruddin Shah. Saba Azad and Imad Shah were associated with Madboy and Mink, an electro-funk band. These days Saba Azad is dating Hrithik Roshan. While he still has a good friendship with Imad Shah. At the same time, Hrithik Roshan has also moved ahead in his personal life after divorcing Sussanne Khan. Also Read – Alia Bhatt joined yoga class again after becoming a mother, people clenched their teeth after seeing fitness