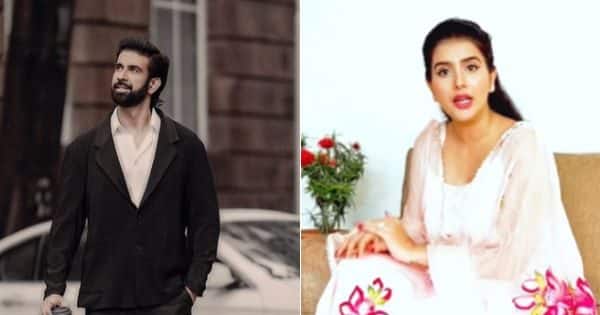 Charu Asopa Accused Rajeev Sen: The turmoil has started again in the married life of Charu Asopa and Rajeev Sen. Recently, the actress told in the interview that she wants to get divorced with Rajeev Sen, because now their marriage will not be able to move forward. Along with this, the actress has also accused Rajiv of assault.

Charu Asopa Accused Rajeev Sen: The ups and downs in the married life of TV’s famous actress Charu Asopa and model Rajeev Sen have started once again. This time the actress has also accused Rajiv Sen of assault and abusing her. Charu Asopa also told in the interview that now she has made up her mind to get divorced from Rajiv Sen, as well as she is not going to back down from this matter. Charu Asopa says that she tried everything possible to save her marriage with Rajiv Sen, but to no avail. Along with this, the actress opened the pole of her husband and said that she has even blocked Charu.

Charu Asopa Talking about this, she said, “No one takes pheras with the intention of ending the marriage. I didn’t want to regret my decision, so I tried my best to save my marriage. Because this is my second It was a wedding. I was only making fun of all this. But I thought I would know what to get married. It has become a farce while doing this. I think we are not made for each other. Marriage will never work anymore.”

Charu Asopa told that Rajeev Sen (Rajeev Sen)’s biggest problem was that he used to leave them alone after every fight and used to block them. Talking about this, Charu Asopa said, “Ever since we got married, we are quarreling. After every fight, Rajeev used to disappear and block me so that I could not contact him. I can do it. Even a few days before the lockdown, he left me alone for three months. I realized he was 45 and I couldn’t replace him. But I was trying for my daughter Gianna.”

Rajiv Sen has raised his hand on Charu Asopa

TV Actress Charu Asopa told that Rajiv Sen has raised his hand on her many times. Talking about it, she said, “Rajeev’s anger is strange. He abused me several times and raised his hand a couple of times. He suspected that I was cheating on him. From ‘Akbar Ka Bal Birbal’ Even while shooting, he used to message my co-stars asking them to stay away from me.”