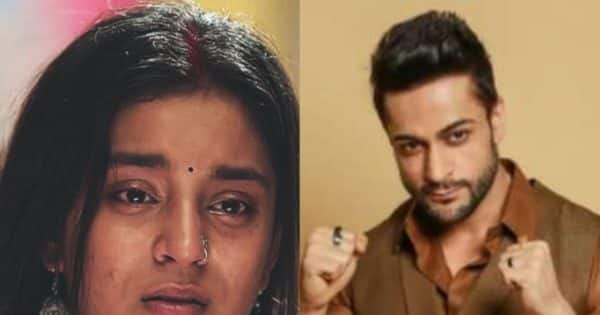 Bigg Boss 16: Sumbul Tauqeer Khan is heartbroken once again. Actually, Sumbul was again upset because of Shaleen Bhanot. Know in this report what Shaleen said to Sumbul that made her emotional.

Sumbul Touqeer and Shalin Bhanot: These days there is an atmosphere of war in the house of ‘Bigg Boss 16’. Each member seems to be fighting with each other. In the recent episode, Gori Nagori and Priyanka Chahar Chaudhary were seen fighting with each other. A dispute broke out between these two because of an avocado. Meanwhile, Sumbul Tauqeer has once again come to limelight. Recently his father came on this show and advised Sumbul that he should understand the difference between friend and foe. Also his father made many revelations about Shaleen Bhanot and Tita Dutta. He had also advised his daughter to stay away from these two. However, this did not have much effect on Sumbul and she stood shoulder to shoulder with Shaleen- Tina. However, once again Sumbul Tauqeer’s heart has been shattered due to decency.

In the latest episode of Bigg Boss, Gautam Vig was removed from the captaincy after which all the contestants were asked to name two contenders. All the members of the house took the names of Priyanka Chahar and Shiv Thackeray. Shaleen also agreed on the names of these two contestants, which shocked Sumbul. Actually, Sumbul had taken his name for the captaincy. Because of this, she wanted Shaleen to support her as well. However, the actress did not get what she thought, due to which she became emotional.

After this, Sumbul Tauqeer goes to the dining area and inquires decently why he did not take his name for the captaincy. On which Shaleen says that if you became the captain with the vote of one member, then I would definitely take your name. After this Sumbul leaves from there. However, after some time, she again argues with Shaleen, after which Shaleen shouts at her and asks her to take a stand for herself. Sumbul is stunned to see this avatar of Shaleen and gets emotional while narrating her pain to Nimrit.