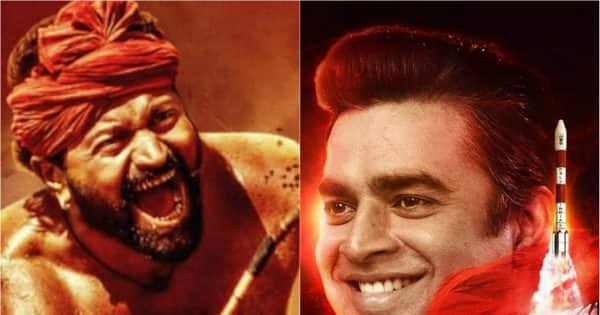 IMDb 25o Films list: These days South films are making a big splash in India. Aishwarya Rai and Chiyan Vikram’s ‘Ponniyin Selvan’ to Chiranjeevi and Salman Khan’s ‘Godfather’ are also blowing up the box office. At the same time, Rishabh Shetty’s Kannada film ‘Kantara’ is also garnering a lot of applause from the audience. However, the condition of Bollywood films at the box office is still battered. Now recently famous rating platform imdb (IMDb) has released the list of top 250 highest rated films in India, in which South films have once again won.

Rishabh Shetty’s recently released Kannada film ‘Kantara’ is at number one in IMDb’s Top 250 list. The film has got a rating of 8.5. At the same time, the list includes films like ‘Ramayan: The Legend of Prince Ram’, R Madhan’s ‘Rocketry: The Nambi Effects’. All these three films have got a rating of 8.4 from IMDb. However, you will be surprised to know that not a single Hindi film is included in the top 10 list.

These Hindi films made a place in the list

Let us tell you that only a few Hindi films have been able to make a place in this top 250 Indian films of IMDb, whose names are 3 Idiots, Black Friday, Drishyam and Taare Zameen Par etc. Looking at this list of IMDb, it can be guessed that Bollywood needs a big bang at this time. On the other hand, talking about the top 10 list of the film, apart from Kantara, it includes films like Ramayana: The Legend of Prince Ram, Rocketry: The Nambi Effect, Nayakan, Anbe Shivam, Golmaal, Jai Bheem, 777 Charlie, Pariyaram Perumal and Manichitrathazhu.