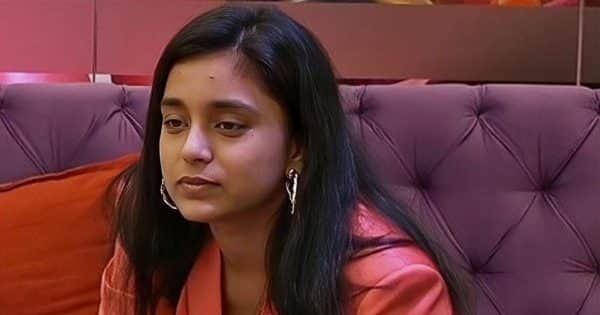 Bigg Boss 16 Promo: A new promo of ‘Bigg Boss 16’ has come out, in which Sumbul Tauqueer Khan is seen in game form. Sumbul is the captain of the house and on the last day of her captaincy, she is going to give sleepless nights to the housemates, glimpses of which are being seen in the new promo.

Bigg Boss 16 Promo: Controversial reality show of TVbigg boss 16‘ (Bigg Boss 16) is in constant discussion. Everyday new ruckus is happening in the show and the contestants are constantly trying to outdo each other in the game. the show is in its 10th week and now sumbul touqueer khan (Sumbul Touqeer khan) has also come in game mode. Till now Sumbul was listening to the lies from the family members to the fans. Even in the initial days ‘Bigg Boss’ had given him the tag of disappearing. But Sumbul has made up his mind to trouble the family members and its glimpse was seen in the upcoming episode. At the same time, fans are liking this new look of Sumbul. Also Read – Bigg Boss 16: ‘Can’t live without boys… broke many people’s houses’, Sreejita spews venom against Tina Dutta

The promo of the upcoming episode of this TV show has come to the fore. The makers of ‘Bigg Boss’ have shared the new promo of the show on social media, in which Sumbul is seen waking up the housemates early in the morning. Last week there were three captains in the house, including Sumbul, Tina Dutta and Soundarya Sharma. Today will be the last day of the captaincy of all three in the house, due to which some contestants do not wake up even after the Bigg Boss alarm rings in the morning. Tina herself also participates in this and for this reason Sumbul starts banging utensils loudly in the outside garden area. Also Read – Viewers were stunned to see these 10 cat fights of Bigg Boss, female contestants humiliated each other fiercely

Family members will be sleepless

In the promo, it can be seen that Tina and Shaleen are lying outside in the garden area with their eyes closed. Whereas, Vikas Manaktala is sleeping on the sofa. For this reason, Sumbul brings a big plate in her hand and plays it loudly outside. During this, she plays plates near the ear of every contestant who is sleeping, due to which Tina and Shaleen also flare up. In the beginning of this video, Sumbul is also seen saying that now I will be visible to everyone. On this promo of ‘Bigg Boss’, the fans are giving their reactions fiercely and are praising Sumbul. Also Read – Vijay Vikram, the voice of Bigg Boss entered the house of Bigg Boss 16, what will happen to the contestants now?