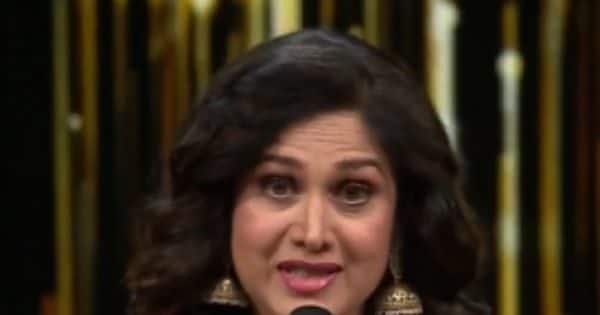 Indian Idol 13 : Veteran Actress of Bollywood Industry Meenakshi Seshadri He made people crazy with his best performance in the 80-90s. He has worked in many great films and people still hum the songs of his films. However, Meenakshi Sheshadri suddenly disappeared leaving her film career. Now she has done singing reality show ‘Indian Idol 13’ Has told on the stage of where she was and what she was doing. Along with this, Meenakshi Sheshadri listened to the singing of the contestants of ‘Indian Idol 13’ and praised them. Along with this, he danced with the contestants on the stage of the show.

Meenakshi Seshadri Was not seen for a long time and now sheIndian Idol 13‘ Came in and gave a public appearance. She reached the show as a guest judge. Meenakshi Sheshadri made many big revelations related to her life during the show. She told on the stage of ‘Indian Idol 13’, ‘I went to the US, became a mother, became a wife, became a sub and became a cook. I can now say that I cook South Indian vegetarian food very well. So because of this I have brought specially prepared food for you.

Meenakshi Sheshadri did not listen to this song with her husband

‘Indian Idol 13’ contestant Devoshmita Roy sang ‘Jab Koi Baat Badd Jaye’ from Meenakshi Seshadri’s film ‘Jurma’. On this, the host of the show Aditya Narayan asked Meenakshi Sheshadri that if this song is so romantic then you and your husband must have romanced a lot after listening to this song. To this she says, ‘I am surprised that my husband and I did not even listen to this song together. I have to make up for this deficiency.’

Meenakshi Sheshadri has worked in many films like ‘Hero’, ‘Swati’, ‘Dilwala’, ‘Jurm’, ‘Shahenshah’, ‘Ghayal’, in her career. Meenakshi Seshadri married investment banker Harish Mysore in 1995 and settled in the US with her husband. they have two children.