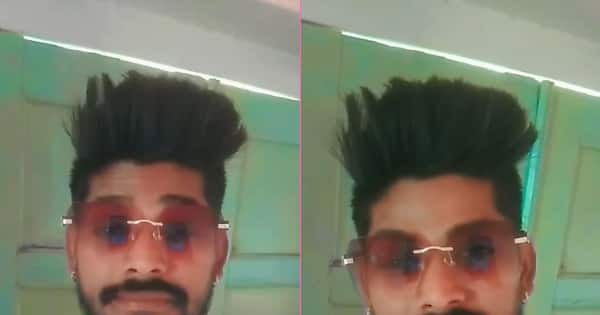 indian idol season 12 Sawai Bhatt, who gave goosebumps to his scintillating voices, has shared the video on his social media account. In the video, Sawai Bhatt is seen saying that ‘however life is going, but I am happy because you are with me’. The singer is seen wearing stylish glasses in the reel. Sawai Bhatt’s video TV corridor It’s going viral a lot. The contestants were shown poor during the show. After some time his truth was exposed. Actually the internet and the video went viral, seeing that it was found that Sawai is not poor. ,Also read:Indian Idol 12 fame Sayli Kamble changed her attitude as soon as she reached Mauritius, every photo is going viral)

People are commenting fiercely on the video of singer Sawai Bhat, who was included in the top 8 contestants of Sony TV’s famous singing reality show Indian Idol 12. Many fans have commented and told Sawai Bhatt that he should enter Bollywood. Everyone is liking the video of Sawai. Let us tell that these days Sawai Bhatt has kept distance from the world of TV.