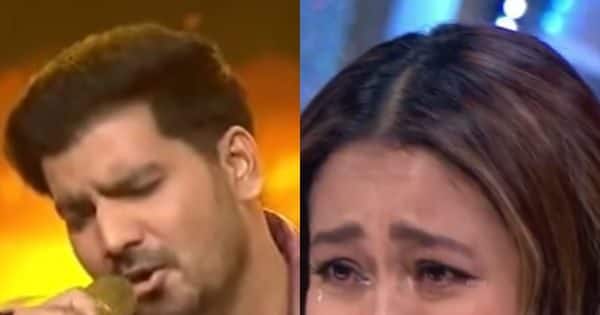 There was an occasion in Sunday’s episode of ‘Indian Idol 13’ when everyone present during the show became emotional. Actually, such an incident happened with Vineet Singh, which made everyone’s eyes moist.

Indian Idol 13 : singing reality show ‘Indian Idol 13’ Contestants are getting to see more than one explosive performance in the show. Contestant judges of the show Himesh Reshammiya, Vishal Dadlani and Neha Kakkar are also getting a lot of praise from the guests coming on the show. In the latest episode of the show, the film ‘Double XL’ actress Sonakshi Sinha and Huma Qureshi had reached. In Sunday’s episode of ‘Indian Idol 13’, the contestants impressed everyone with their singing. At the same time, there came an occasion when everyone present during the show became emotional. Actually, such an incident happened with Vineet Singh, which made everyone’s eyes moist. Let us know what happened to Vineet Singh.

‘Indian Idol 13’ In the latest episode of Sunday episode Vineet Singh When the songs reached the stage, everyone looked emotional. Vineet Singh sang his song and when the song ended, he started crying loudly and everyone present in the show became emotional. Actually, Vineet Singh’s father has passed away. After this the judge and guest of the show shared the pain of Vineet Singh.