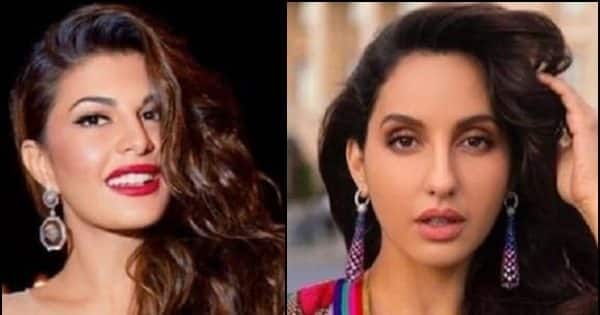 Actually, Jacqueline Fernandes’s lawyer has denied all the allegations of Nora Fatehi. He has said that Jacqueline has not yet taken the name of Nora Fatehi at any stage or during interrogation, nor has Jacqueline received a copy of the case. But this copy has already leaked in the media. In such a situation, Jacqueline can also file a defamation case against Nora Fatehi if needed. Along with this, Jacqueline’s lawyer has also said that there could be some miscommunication in this matter. Vidya Balan survived being a victim of Oops moment, the actress handled the pallu of the saree Also Read – Moving In With Malaika: Malaika Arora insulted Nora Fatehi, ‘Dilbar’ girl left the show in anger?

Nora has made these allegations

Please tell that Nora Fatehi has filed a defamation case against Jacqueline in Delhi’s Patiala House Court. Nora accuses Jacqueline that her name has been forcibly taken in Sukesh Chandrasekhar’s 200 crore money laundering case. He has no connection with Sukesh. Not only this, Nora has also told wrong about taking gifts from Sukesh. However, on behalf of Nora Fatehi, the media house has also filed a defamation case accusing her of tarnishing her image. In such a situation, now it has to be seen whether this matter between the two actresses will move forward or it will cool down here. Raj Kundra: Supreme Court gives big relief to Shilpa Shetty’s husband in pornography case, Raj Kundra gets anticipatory bail Also Read – Kiara Advani-Sidharth Malhotra added color to Amrit Pal Singh’s birthday party, these stars were also seen