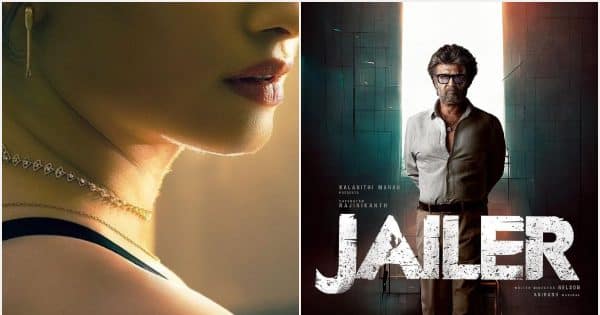 This actress to join Rajinikanth’s Jailer: A new name is now associated with superstar Rajinikanth’s film Jailer. In this film, a famous actress of South and Bollywood has been entered.

Tamannaah Bhatia comes on board for Rajinikanth’s Jailer: Kollywood superstar Rajinikanth’s upcoming film ‘Jailor’ is in limelight these days. The film is being produced by Beast film director Nelson Dilip Kumar. There has been a lot of buzz about the film for a long time. Now there is another new entry in the starcast of this film. Baahubali star Tamannaah Bhatia took to Instagram today to announce that she will be next seen in Superstar Rajinikanth’s Jailer. Ever since this announcement, there was a stir in the world of Kollywood and Tollywood. Actress Tamannaah Bhatia is not only a big star of South films but also a well-known name among Hindi audience. Apart from Bahubali, the actress has given films like Himmatwala, Humshakals and Entertainment. Also Read – Thalaivar169: Rajinikanth’s film with Nelson Dilipkumar gets the title, know the name

Jailer will be released at Pan India level

The interesting thing is that the makers of Tamannaah Bhatia starrer superstar Rajinikanth’s film ‘Jailor’ are about to release on Pan India level. Superstar Rajinikanth’s craze is quite high among the Hindi speaking audience as well. His films like Robot and 2.0 created a stir in the Hindi cinematic market as well. At the same time, Tamanna Bhatia’s Pan India appeal has also been done. Which will benefit this film of the makers.

Nelson Dilip Kumar is looking for a tremendous comeback after Beast

Be informed that director Nelson Dilip Kumar’s previous release Beast was also a pan India movie. Which fell flat in the theatres. Thalapathy Vijay was in the lead role in this film. There was a lot of buzz in Kollywood about the film. Because of which its movement was heard till the Hindi market. Later the makers decided to release the film at the Pan India level. However, this film could not impress the audience much and the film was criticized a lot. Now the director will reach the audience with his next film Jailer with superstar Rajinikanth. Due to which the team of the film has high hopes.