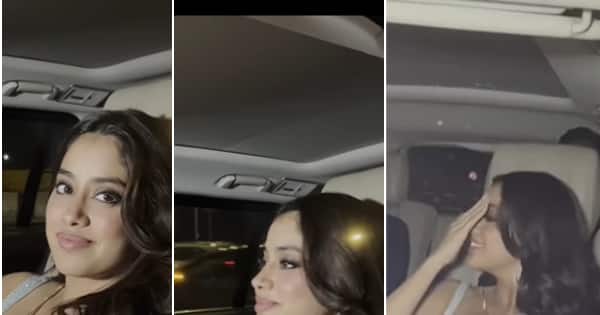 Janhvi Kapoor Video: A video of Bollywood actress Jhanvi Kapoor has surfaced, in which she is looking uncomfortable due to her dress. This video of Jhanvi is becoming increasingly viral on social media.

Jhanvi Kapoor saw this reaction on the media

Diwali is being celebrated in Bollywood these days. From Bollywood stars to film makers, everyone is seen organizing the Diwali party. Recently, Amritpal Singh Bindra had organized a Diwali party. A video of Jhanvi Kapoor related to this party has surfaced, in which she is seen sitting in a car wearing a sari. But as the media camera moves towards her, she first tries to hide her face, then is seen fixing her sari. Jhanvi Kapoor has been seen fixing her saree time and again. This video of Jhanvi Kapoor is becoming fiercely viral on social media.

When will Jhanvi Kapoor’s film release?

Jhanvi Kapoor And Sunny Kaushal’s film Mili remains in the news a lot these days. Jhanvi Kapoor is trying her best to make this film a hit. For information, let us tell you that this film ‘Mili’ is going to be released on the big screen on November 4.