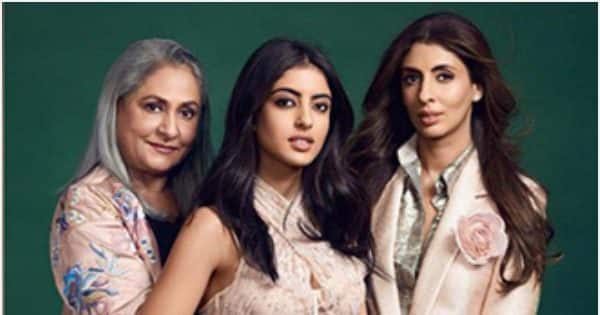 Jaya Bachchan Says Has No Problem If Navya Naveli Nanda Gets Pregnant Before Marriage Here’s what the actress said in the podcast?

In this podcast, Jaya Bachchan made a very bold statement while talking with Navya Naveli Nanda. Jaya Bachchan Giving relationship advice to granddaughter, said that physical attraction is very important for running any relationship. Jaya said her time was different. That period was such that those people could not experiment. But now it is not so. Jaya Bachchan said that any relationship does not run on only love, open thinking and adjustment. Along with this, physical relationship is also important. Continuing her point, the actress even said that if Navya Naveli Nanda If she becomes a mother even without marriage, then it will not be a problem for her.

Not only this, the actress further said that many people will be in trouble if I say this. But physical attractiveness and compatibility are also very important. We could not experiment in our time. Today’s generation also does experiments and after all why not do it. If there is no physical relationship then no relationship will last long.