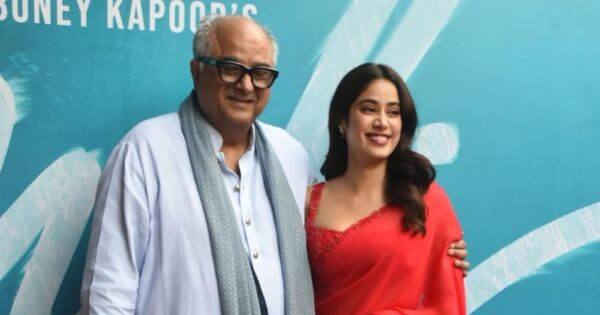 Boney Kapoor Birthday: Bollywood producer Boney Kapoor is celebrating his 67th birthday on 11 November. On the occasion of Boney Kapoor’s birthday, his daughter Jhanvi Kapoor has shared a special post.

Jhanvi Kapoor Has shared a funny video from his Instagram account on Friday. The face of a person dancing in it is his father. Boney Kapoor face is attached. The caption accompanying the video of Jhanvi Kapoor is written, ‘Happy birthday to the cutest dad in the whole world. You can’t imagine as much. I love you more than that. You are the strongest man. I consider myself lucky because I can call you Papa. Love you papa.

Talking about Jhanvi Kapoor’s work front, she was seen in the film ‘Mili’, which was released in theaters on November 4. Sunny Kaushal and Manoj Pahwa were also in important roles with him in this film. The film ‘Mili’ has not shown anything special at the box office. Jhanvi Kapoor will now be seen working in the film ‘Bawal’ and the film ‘Mr and Mrs Mahi’.