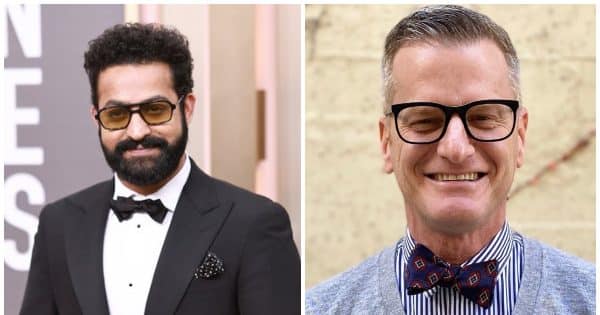 Jr NTR’s gift at Golden Globe 2023: South Superstar Junior NTR recently surprised a special person by gifting him on the red carpet at the Golden Globe Awards Night. What gift did the superstar give here?

Jr NTR’s gift at Golden Globe 2023: South Superstar Jr NTR and Ram Charan starrer director SS Rajamouli’s film RRR (RRR) has earned a special respect for its name globally. Superstar Junior NTR and Ram Charan starrer director Rajamouli’s blockbuster song Naatu Naatu has been honored in the Best Original Song category at the Golden Globe Awards 2023. While there is an atmosphere of happiness in the country after this great honor received by this film, on the other hand, a special news related to Junior NTR has also caught the attention of the fans. In fact, amidst the huge success of the film RRR in Los Angeles, USA, a video related to Junior NTR is going viral. Seeing which everyone is praising the RRR star. Also Read – RRR Golden Globe 2023: Stars dance as soon as they become the winners of ‘Natu-Natu’, stars including Shah Rukh Khan-Mahesh Babu tweeted

Superstars during the Golden Globe Awards 2023 jr ntr gave a special birthday gift to American reporter Mark Malkin. Which has been disclosed by the reporter and event editor himself through a video. Mark Malkin in this video RRR Star Junior is seen showing the gift received by NTR to the fans through video. Along with this, he was also seen thanking actor Junior NTR for this lovely gift. Superstar Jr NTR gifted a bow tie to Mark Malkin on his birthday. Seeing whom the reporter was very happy. You can watch this video here. Also Read – Golden Globe Awards 2023: Ram Charan, JR. NTR’s film RRR created history, song ‘Naatu Naatu’ won the award

So this happened! @tarak9999 brought me a birthday present to the carpet today! Ahhhhhh!#GoldenGlobes @Variety @RRRMovie

Let us tell you that director SS Rajamouli’s film RRR got a big honor in Los Angeles, USA last night. The film was awarded in the Best Original Song category. On this occasion, world famous singer Rihanna also congratulated the team of the film. Whose video became quite viral on social media. Now this film of superstar Ram Charan and Junior NTR is also running in the Oscar race. Where the same song of the film has been nominated in the Best Original Song category. Now it will be interesting to see whether Natu-Natu will get this honor here too? Also Read – Golden Globe 2023: RRR team arrived in desi style to receive the award, tremendous style shown on the red carpet