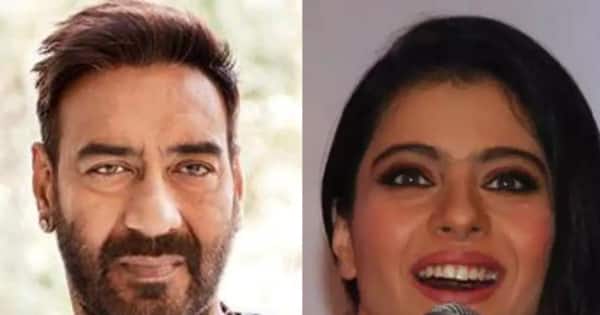 Kajol on Film With Ajay Devgn: Bollywood actress Kajol has broken the silence on the news of working in a film with her husband Ajay Devgn. He has given such an answer, which has made the fans happy.

Kajol on Film With Ajay Devgn: Bollywood’s well-known actress Kajol is in a lot of discussion these days about her film ‘Salaam Venky’. This film of Kajol is going to release soon. Apart from this film, Kajol has also been in a lot of discussion about her personal life. Recently, some of his pictures had come to the fore, which became fiercely viral on social media. After this, now an interview of Kajol has come out, in which she has broken the silence about working in the film with Ajay Devgan. So let’s know what Kajol has said. Also Read – These beauties are the mothers of young children, they make young age actresses sweat in terms of glamor

Kajol said this about working in a film with Ajay

Bollywood actress Kajol her husband Ajay Devgn Has appeared in many films with. Meanwhile, news was doing the rounds that Kajol would be seen opposite Ajay Devgan in a comedy film, which would be directed by Rohit Shetty. Amidst these reports, now Kajol’s reaction has come to the fore. In many special conversations with Pinkvilla, when Kajol was questioned about this, she said, ‘I will ask Gopal’. After his answer came to the fore, the fans are looking very happy. For information, let us tell you that the name of Ajay Devgan’s character in the film ‘Golmaal’ is Gopal. Its people are speculating that Kajol and Ajay Devgan can be seen in the next part of the film ‘Golmaal’. Also Read – These Bollywood actresses took a break from films after becoming a mother, will Alia also take this step?

When will Kajol’s film release?

Kajol’s film ‘Salaam Venky’ is scheduled to release on 09 December 2022. Along with Kajol, Vishal Jethwa is also going to be seen in this film. The fans of Kajol’s film were waiting for a long time. What is your opinion about Kajol and Ajay Devgan, do tell us by commenting. Also Read – These beauties had fallen on their face in front of the world, were embarrassed in a crowded gathering