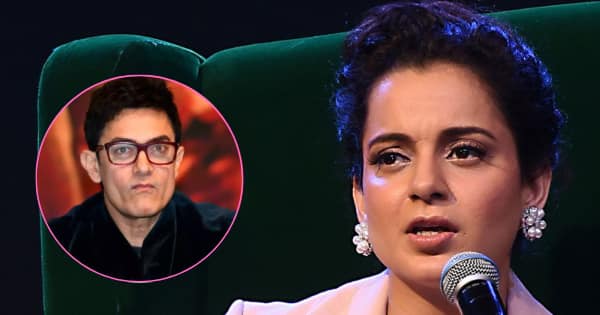 Aamir Khan on Kangana Ranaut: Bollywood actress Kangana Ranaut remains in the discussion on social media for her statements more than films. She is often seen taunting Bollywood films and stars. Recently, Kangana Ranaut had praised the South film Kantara by sharing the video on Instagram. This video of him became increasingly viral on social media. Because of this, she was in the limelight. Meanwhile, now he has said something like this about Bollywood star Aamir Khan. After which his name has come into the limelight again. So let’s know what the actress has said about Aamir Khan, about which there is so much discussion.

Aamir Khan And Kangana Ranaut was seen speaking about Kareena Kapoor’s film Lal Singh Chaddha. Recently in an event of India Today Kangana Ranaut Said that he (Aamir Khan) takes Rs 200 crore for work of Rs 2 crore. For information, let us tell you that Aamir Khan’s recently released film Lal Singh Chaddha has been a flop at the box office. Regarding this, Kangana Ranaut said that why people should watch her films, because she has the tag of superstar? Apart from this, he also spoke about Aamir Khan’s intolerant statement. Apart from this, he has also accused Aamir Khan of defaming the country.

Kangana Ranaut will be seen in this film