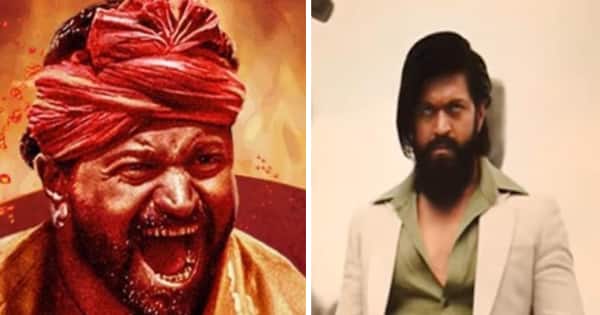 Kantara Box Office Collection: Rishabh Shetty’s film Kantara remains in the news a lot these days. This film has broken this record of Yash’s KGF2 on the second Tuesday.

Kantara Box Office Collection KGF2: These days South films are earning hugely at the box office. Meanwhile, a South film remains in the news, whose name is Kantara. Social media is everywhere regarding this film. Now new figures of the earnings of this film have come out, which has surprised everyone. It has been more than 10 days since the release of this film. Now the film has made such a record, which has surprised everyone. The film has surpassed Yash’s KGF2 on the second Tuesday. So let’s know in which case Kantara has made a record for KGF 2.

Kantara broke this record of KGF2

Kannada film directed by Rishabh Shetty Kantara There is a lot of discussion about this. The film was released on 30 September. For information, let us tell you that this film has not been released in Hindi but in Kannada language. The film’s earnings were decent on the first day, but after that, the earnings of ‘Kantara’ started growing rapidly. According to Pinkvilla’s report, the film has earned more than Rs 4 crore on the second Tuesday. earning of this movie KGF2 That’s more than the second Tuesday’s earnings. While Kantara has earned more than 4 crores, Yash’s KGF 2 earned 3 crores. The makers are looking very happy after seeing the earnings of this film. After seeing the excellent response Kantara is getting, the makers have decided to release this film in Hindi as well.

The Hindi trailer of Rishabh Shetty’s film Kantara has recently been released, which people have liked a lot. The film is scheduled to release in Hindi on October 14. What do you think about this film, do let us know by commenting.