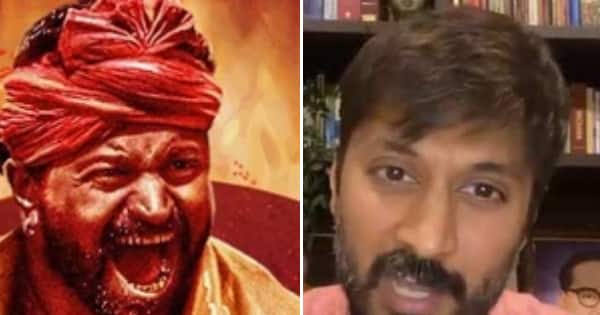 Kantara Chetan Kumar Ahimsa FIR: Now there is a controversy regarding the South’s film Kantara. Kannada actor Chetan Kumar has said something after which a police case has been registered against him.

Kantara Chetan Kumar Ahimsa FIRSouth’s film Kantara remains in the news a lot these days. This film has recently been released in Hindi. Rishab Shetty’s film is doing very well at the box office. Stars from Bollywood to South are praising this film a lot. Common people are giving great reviews after watching this film. Meanwhile, Kannada actor Chetan Kumar (Chetan Kumar Ahimsa) has said something about the film, about which there has been a controversy. The matter has progressed so much that the matter has reached the police.

Rishabh Shetty a film by Kantara His name has once again come into the limelight. As the film is moving forward, controversies have started regarding it. Recently, Kannada actor Chetan Kumar had given such a statement regarding the film, which has created a lot of controversy. Now a complaint has been lodged against the actor at the police station in Udupi district of Karnataka. After which the fans of the actor are looking very upset. News agency ANI has made a tweet regarding this. In which it has been told that a case has been registered against the actor for hurting religious sentiments.