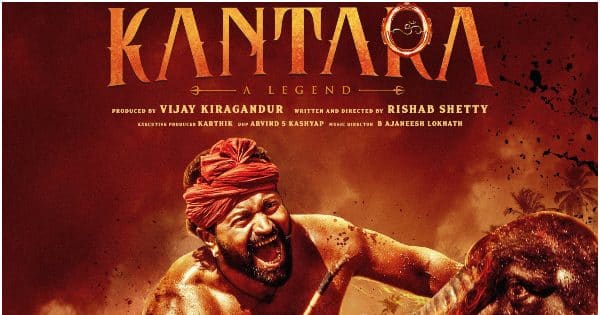 Kantara Hindi Box Office Collection Day 5: KGF Makers Homeable Films’ next film Kantara, after making a splash in the Kannada language, is now busy shaking up Hindi cinemas as well. It has been just 5 days since the film was released in Hindi language. In these 5 days, this film has started pulling the audience for itself among big films. Along with Ayushmann Khurrana’s film Doctor Ji, this film has given a tough competition to the actor’s film at the box office. Along with this, the film was successful in wooing the audience without any mega promotions and good word of mouth. The figures of the film of the last 5 days that came out are giving this testimony.

Kantara reached close to 15 crores at the Hindi box office

The film Kantara will be 15 crores in the first week?

These figures of the last 5 days that have come out from Hindi cinemas are telling that Kantara has been taken by the audience. Without any promotion, this film is making huge money. entertainment news (Entertainment News) Now everyone in the world is eyeing the figures of the first week of this film. So will this film be able to cross the 15 crore mark in the first week? This will be something to be seen. Let us tell you that now only 2 days are left in the first week of the film’s earnings. In such a situation, it is difficult to touch this figure at the moment. However, in the second weekend, the film will cross the 15 crore mark.