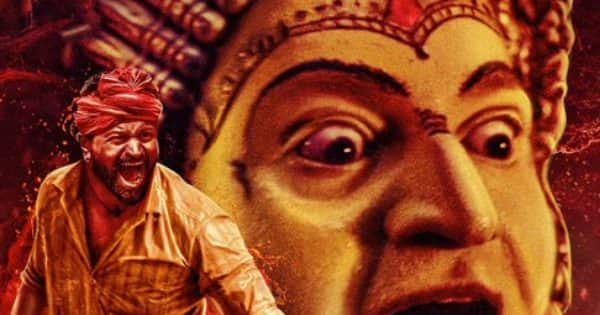 Rishab Shetty Film Kantara Collection: Rishabh Shetty’s film ‘Kantara’ is making a big splash at the box office. The film continues to earn handsomely on the Hindi belt. Know here how much Kantara has collected so far.

Kantara Hindi Box Office Day 28: Rishabh Shetty’s ‘Kantara’ is rocking the box office. The Hindi version of the film is performing with a bang in theatres. In the Hindi belt also, this film is getting tremendous response from the audience. kannada movie ‘Kantara’ The film is about to complete a month of its release in Hindi, despite this, there is no decline in the film’s earnings. Rishabh Shetty’s film has also beaten Akshay Kumar’s ‘Ram Setu’, Ajay Devgan’s ‘Thank God’ and the recently released Katrina Kaif’s film ‘Phone Bhoot’ in terms of earnings. Now the figures of the film’s 28th day earnings have been revealed.

According to a report published in India Today Rishabh Shetty The film ‘Kantara’ has collected Rs 2-2.5 crore at the box office on the 28th day. Accordingly, the film has collected Rs 70-71 crore so far. However, no official figures have been revealed about the collection of the film so far. But according to trade reports, if ‘Kantara’ continues at the box office like this, then this film will soon cross the Rs 75 crore benchmark. , Also read: Siddhant-Katrina’s film had a bad run at the box office on the sixth day, the money of the makers drowned !!

Rishabh Shetty’s film is making a lot of noise not only in the country but also abroad. Made in a budget of only Rs 16 crore, the film has so far collected more than Rs 356 crore worldwide. If trade reports are to be believed, this film can soon collect Rs 400 crore worldwide.

Talking about the film ‘Kantara’, it is an action-thriller film, which depicts the traditional culture of Kambla and Bhoot Kola. While Rishabh Shetty is in the lead role in this film, he has also directed the film. Apart from Rishabh, the film also features Kisho, Achyut Kumar, Naveen D Padil and Pramod Shetty.