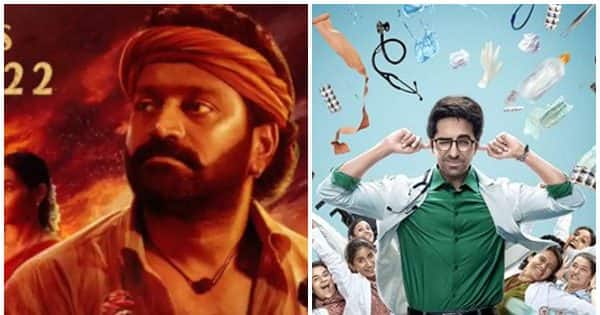 Kantara Hindi Box Office Day 8: South filmmaker and actor Rishab Shetty’s film Kantara It has been 8 days since (Kantara) reached the cinema hall in Hindi. The film, which reached Hindi cinema on 14 October, is busy earning a lot at the box office. Without any special promotions, the figures of Kantara, which reached the theaters with the film Doctor Ji featuring stars like Ayushmann Khurrana and Rakul Preet Singh, are surprising even trade experts. This film by Kannada film stars Rishabh Shetty and Saptami Gowda has been successful in pulling the audience in the Hindi belt even before the release of Doctor G. This is the reason why the film’s earnings figures have seen a jump every day.

KGF Makers Homeable Films film Kantara The earnings figures so far have been revealed. According to this, the film has earned around Rs 17 crore from the Hindi box office so far. Which is better than expected. It is believed that this film will also hit the coming weekend. After which the film can comfortably cross the Rs 20 crore mark. The interesting thing is that Rishabh Shetty The total making budget of this film is also around 20 crores. This film has earned so much from the Hindi box office alone. Whereas at the world wide level, this film has reached close to the total earning of about 200 crores.

Such is the condition of Ayushmann Khurrana’s film Doctor Ji

At the same time, if we talk about film star Ayushmann Khurrana’s film Doctor Ji, then this film, which was released on October 14, is crawling at the box office. The film’s collection has not seen a significant jump in these 8 days. So far, the film has been able to earn only Rs 21 crore from theatres. In such a situation, Kantara is firmly stuck in theaters in front of Ayushmann Khurrana’s film Doctor Ji.