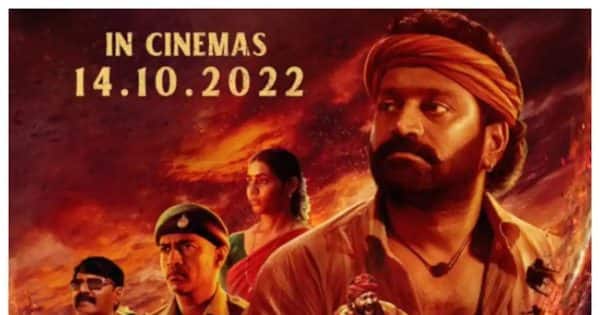 Kantara Hindi Box Office Update: Kannada film star Rishab Shetty’s recently released film Kantara is busy earning a bang in Hindi cinemas as well. The film has crossed the huge mark of Rs 50 crore gross on Hindi theatres. This is indeed a big deal for the Kannada cinematic industry. Made in a total budget of just Rs 20 crore, the film has earned more than Rs 250 crore worldwide. Out of which a huge amount of Rs 50 crore was achieved by the film from the Hindi belt alone. The performance of this film starring Rishabh Shetty and Saptami Gowda has surprised many trade pundits as well.

The interesting thing is that another where Bollywood movies are constantly getting smashed on theatres. At the same time, a desi and land-related film came out of Kannada cinema by the Hindi audience. Kantara But love has been spent. The film may not have achieved big figures of earning fast from Hindi theaters, but gradually the film’s earnings were registered on a daily basis. The effect of which is clearly visible on its box office numbers. The film still remains firmly in the theatres. After which the film has crossed the Rs 50 crore mark in the third week.

Tell those who are not aware that the director and actor Rishabh Shetty The film Kantara has also been produced by KGF’s production company Homeable Films. Along with this, Homable Films has also announced the Hindi release of its next film Kasab. At the same time, under this company, director Prashant Neel’s films Salar, KGF 3 and NTR 31 are also in preparation. So are you excited for these movies of Homel Films. You can tell us your opinion by commenting.