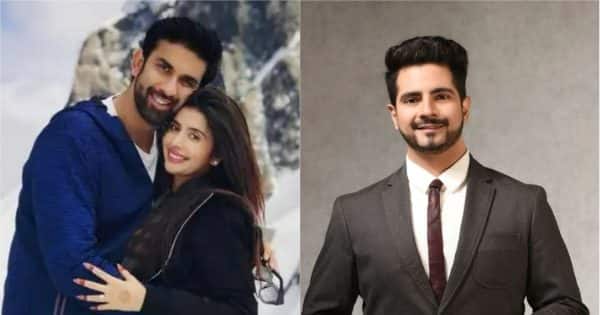 Karan Mehra Reaction On Rajeev Sen Allegation: Rajeev Sen accused Charu Asopa of having an affair with Karan Mehra. Now Karan has reacted to this allegation.

Charu Asopa And Rajeev Sen: Nothing is going well between Sushmita Sen’s brother-in-law Rajiv Sen and Charu Asopa. Recently, both of them announced their separation, after which Charu left Rajiv’s house. After leaving Rajiv’s house, Charu accused the model of cheating on her in pregnancy, rejecting Charu’s allegations, Rajiv said that the actress is having an affair with TV actor Karan Mehra. After this allegation of Rajiv, there was panic on social media. However, now Karan has reacted to this allegation of Rajiv.

Video of Charu with daughter Gianna

Charu Asopa has also rejected the matter of affair with Karan

In an interview to Hindustan Times, Charu Asopa told that the allegation made by Rajiv is nonsense. She said, “I had worked with Karan in ‘Yeh Rishta Kya Kehlata Hai’, I haven’t met Karan Mehra for the past 12 years. I met Karan at an event sometime back. For work It’s not a bad thing to meet. We are celebrities. Seeing us, no one can say that we are having an affair. I want to apologize to Karan Mehra. Karan Mehra’s name is being forcibly dragged into my divorce fight. My husband’s mind has become even more dirty over time.”