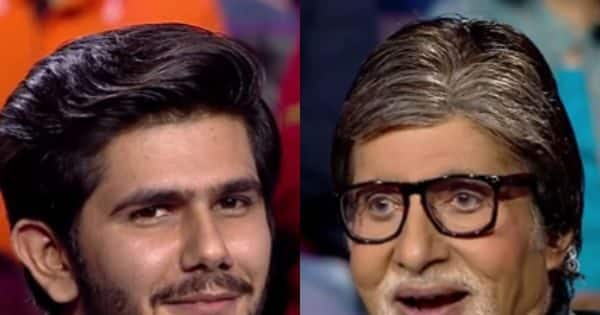 megastar of bollywood industry Amitabh Bachchan The quiz show ‘Kaun Banega Crorepati’ is very much liked. These days the 14th season of this show is going on and it is increasing the knowledge of the people. Along with this, the host of the show and the upcoming contestants entertain the audience a lot in between. ‘Kaun Banega Crorepati 14’ A promo video of the upcoming episode has surfaced which is grabbing people’s attention. Actually, a contestant named Vaibhav Rekhi has come on the hotseat of the show, which has become a topic of discussion among the people. Let us know what is the whole matter. Also Read – Today TV News 23 October: Father breaks silence on Sumbul’s game in ‘Bigg Boss 16’, Tejashwi poses in tight pants

In the promo video of ‘Kaun Banega Crorepati 14’, it is also shown that the way Karthik Aryan was dressed in the film ‘Bhool Bhulaiyaa 2’. In the same way Vaibhav confuses people by wearing Rekhi. Along with this, he is seen imitating Karthik Aryan. Also Read – 9 women will grace the hot seat in KBC 14’s ‘Navratri Special Week’, Amitabh Bachchan will warmly welcome