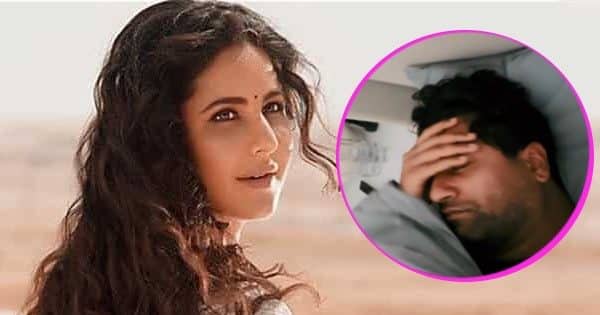 Katrina Kaif Video: Katrina Kaif has shared a video from her Instagram account, in which the actress is adopting a unique method to wake Vakki Kaushal from sleep.

Bollywood actress Katrina Kaif is very active on social media and is often seen sharing her photos and videos with fans. Recently, the actress has shared a video from her Instagram account. It can be seen in this video that Katrina has come up with some unique idea to wake Vicky from sleep. In the video, the morning fun of Katrina and Vicky is exciting the fans a lot. In this video, Katrina Kaif is seen making a scary sound to wake Vicky.

It can be seen in the video that Vicky Kaushal is sleeping soundly and Katrina Kaif is saying from behind, “I am a ghost.” After listening to Katrina, Vicky falls asleep again by putting a sheet on his face. Sharing this video, the actress wrote, “Biwi ka loving wakeup call.” Katrina Along with fans, celebs are also commenting a lot on this funny video of. Siddhant Chaturvedi and Shweta Bachchan have reacted by creating a laughing emoji on the video.