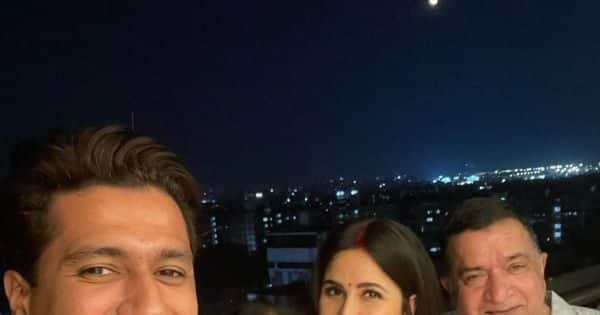 Bollywood actress Katrina Kaif had reached Kapil Sharma’s show for the promotion of her film ‘Phone Bhoot’. During this, he has told about his bonding with his mother-in-law Veena Kaushal.

bollywood actress Katrina Kaif a film by ‘Phone Bhoot’ It is scheduled to release in theaters on November 4, 2022. Gurmeet Singh has directed this film. These days she is with her co-stars. Siddhant Chaturvedi And Ishaan Khattar Promoting the film with In this film, people will be seen laughing fiercely in the role of ghost. Katrina Kaif had reached Kapil Sharma’s show for the promotion of her film ‘Phone Bhoot’. During this, he told about his bonding with his mother-in-law Veena Kaushal and also shared some more stories of his in-laws.

Talking about Katrina Kaif’s workfront, she is going to be seen in many more films apart from the film ‘Phone Bhoot’. Katrina Kaif will be seen working with Salman Khan and Emraan Hashmi in ‘Tiger 3’, with Priyanka Chopra and Alia Bhatt in ‘Jee Le Zara’ and opposite Vijay Sethupathi in ‘Merry Christmas’.