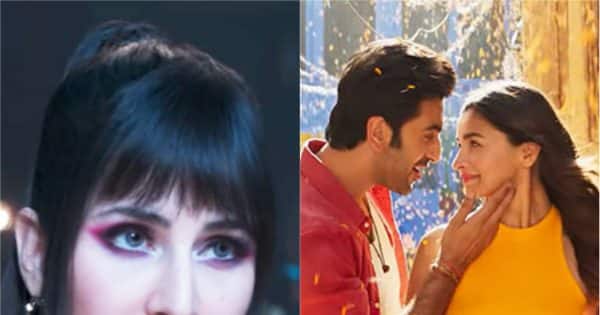 Bollywood actress Katrina Kaif is in the news these days for her film ‘Phone Bhoot’. This horror comedy film directed by Gurmeet Singh has been released at the box office. Ishaan Khatter and Siddhant Chaturvedi are also seen playing lead roles along with Katrina in the film. ‘Phone Bhoot’ is getting mixed response from the audience. While some people are praising the humor of this film fiercely, while ‘Phone Bhoot’ proved unsuccessful in wooing some people.

The interesting thing though is that Katrina Kaif There is a sequence in ‘Phone Bhoot’, in which the starcast of the film is seen trolling Ranbir Kapoor and Alia Bhatt’s recent blockbuster film ‘Brahmastra: Part One Shiva’.

‘Brahmastra’ was trolled about these things

tell that Ranbir Kapoor (Ranbir Kapoor) and Alia Bhatt There was a lot of troll after the release of Alia Bhatt’s film ‘Brahmastra’. From Alia Bhatt’s dialogues to Ranbir’s button dialogue in the film, the film was also heavily trolled for keeping Amitabh Bachchan aka Guruji’s secret hideout on Google Maps.

At the same time, a user has mentioned making fun of ‘Brahmastra’ in ‘Phone Bhoot’ on Twitter. The user wrote, “How to find the place of Atmaram, it is not even on Google Maps and while raising the weapon, he says that there is a weapon, there will be a button.”

Not the cast of #phoneBhoot going to a secret hideout of the antagonist and saying:

or capturing his weapon and saying:

They were desperate to gain attention, so they deliberately dubbed dialogues…

This is called an indirect friendly roast of an ex boyfriend. Giving a reference of his movie. Wow Katrina. ,