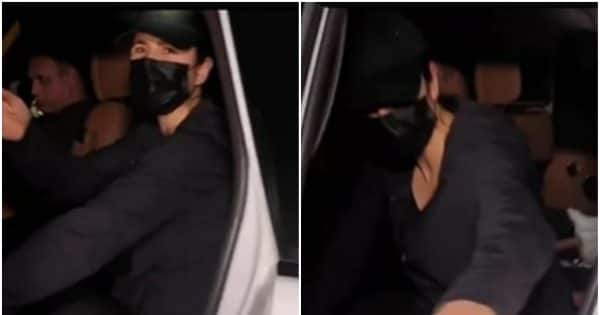 Katrina Kaif Angry On Paparazzi: A recent video of actress Katrina Kaif is becoming increasingly viral on the internet. In this video, Katrina is seen getting angry at the paps.

Katrina Kaif Paps also get scared after listening to (Katrina Kaif) and start apologizing to the actress. People are commenting a lot on this viral video of Katrina Kaif and giving their feedback. One user wrote, “She is not angry. She is very politely saying don’t take photos without her consent.” So another user wrote, “He is absolutely right. After all, he is also a human being, he also needs privacy.” Also Read – Sonam Kapoor sprinkles life on Pav Bhaji, know favorite dishes of other Bollywood stars including Ajay Devgn

Please tell that as soon as Katrina Kaif left her house for the gym, the paparazzi surrounded her and tried to click her photo. Katrina was badly infuriated at this action of the paps and her anger erupted.

Talking about the work front, actress Katrina Kaif was recently seen in the film ‘Phone Bhoot’ alongside Siddhant Chaturvedi and Ishaan Khatter. In this film, Katrina Kaif made the audience laugh a lot by becoming a ghost. Although this film could not show anything special at the box office and this film proved to be a flop. Also Read – Aditya Roy Kapoor’s heart beats for these beauties, see the list of actor’s ex-girlfriends