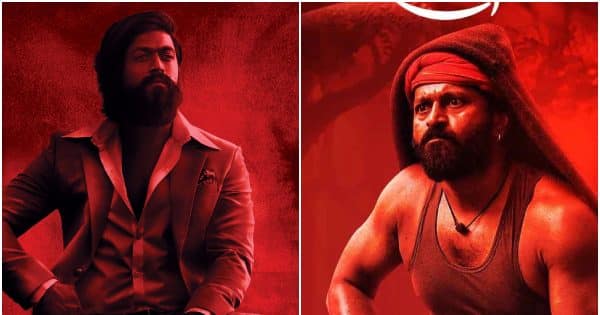 KGF 2 star Yash to collaborate with Kantara director Rishab Shetty: An interesting information is coming out about South Superstar Yash. If media reports are to be believed, superstar Yash will soon be seen in Kannada film director Rishabh Shetty’s film Kantara.

KGF 2 star Yash to collaborate with Kantara director Rishab Shetty: kannada superstar Fame blockbuster movie of kgf 2 After this, the fans are eagerly waiting for the next film of the actor. However, superstar Yash has not announced his next film yet. For this reason, the eyes of the fans are fixed on his next film. It was heard long back that superstar Yash is in talks with director Naardan for his next film. There were reports that the actor is in talks with Naardan for Yash 19. There were reports that its mega announcement is also going to happen soon. So far this has not happened. This is the reason why the audience is eagerly waiting for Yash’s next film after KGF 2. Also Read – KGF Actor Yash Wedding Anniversary: ​​6 years ago, KGF star Yash had taken Radhika with her, wife wished like this

Now meanwhile another big hit film from Kannada cinema itself Kantara Came to the fore Which did a great job in theaters across the country. This film by director and actor Rishabh Shetty has earned Rs 400 crore from worldwide cinemas. after this movie Rishabh Shetty have also come in the limelight. After the film, Rishabh Shetty’s excitement has started increasing for the next film. However, Rishabh Shetty has not yet made any announcement regarding his next film. Interestingly, with the bumper success of Kantara, the actor Fame are also very happy. Also Read – Kartik Aaryan became the star performer of the year 2022, the names of these stars are also included in the list