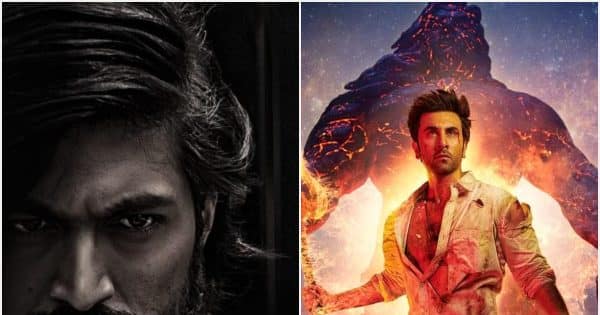 KGF 2 star Yash gets Brahmastra 2 offer: Ever since the bumper success of South superstar Yash’s film KGF 2, there is a lot of excitement among the fans about the actor’s next film. It is reported that the big makers of Bollywood have started approaching the superstar for their next films.

Yash got the offer of Karna and Brahmastra 2

Here, there are reports that the Kannada superstar Glory Seeing its popularity, many Bollywood filmmakers have started reaching out to Yash for their film. entertainment news (Entertainment News) According to reports, director Ayan Mukerji has approached Yash for the film Brahmastra 2. It is heard that a powerful actor is needed for the character Dev shown in the second part of the film. In such a situation, who can be better than ‘Rocky Bhai’. That’s why the makers have approached Yash. Not only this, superstar Yash has also been approached by Rakeysh Omprakash Mehra for his film Karn. The director has approached Yash for the lead role for the film to be made on the story of Mahabharata. Also Read – Yash-Roohi gave such a reaction after listening to Karan Johar’s song, the fans laughed after watching the video

Yash has not taken the decision yet

If reports are to be believed, however, Yash is cautious about the offers of these big Bollywood films. Till now the actor has not agreed for any film. He wants his next film not to disappoint the audience of KGF 2. He plans to take this legacy forward. This is the reason that at present Yash is taking steps on a whirlwind. It is also heard that Yash will announce his next film by his birthday. The actor is celebrating his birthday on January 2023. Also Read – Kantara Box Office Collection: Rishabh Shetty’s film gave water to KGF2, broke movie record in the second week itself