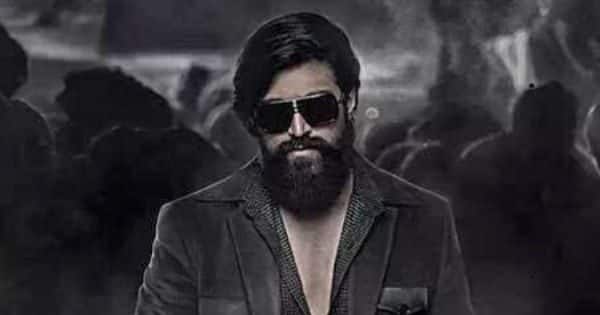 Yash Movie KGF 3 Shooting: The first and second parts of South Superstar Yash’s film ‘KGF’ have received a lot of love. Makers have now given a big update regarding ‘KGF 3’.

Yash KGF 3: South film industry superstar Yash (Yash) Known for his best movies. Yash is celebrating his 37th birthday on 8 January i.e. Sunday. On this special occasion, all his fans are wishing him a happy birthday. At the same time, on the occasion of Yash’s birthday, his fans got a big gift. Actually, the next part of Yash’s blockbuster franchise film ‘KGF’ means ‘KGF 3’ (KGF 3) A new update has come about. When will the makers start shooting for ‘KGF 3’? After this information, the fans have become quite excited. Let us know when Yash is going to start shooting for ‘KGF 3’. Also Read – Hardik Pandya and Krunal will do two hands with Yash in KGF 3? Photo created panic

fame The film ‘KGF’ first and second part was well received by the people, the result of which was clearly visible at the box office. Yash’s film ‘KGF’ was released in the year 2018 and the film earned well. At the same time, ‘KGF 2’ was released in the year 2022 and the film became the biggest film of this year. The film earned hugely not only in the South but also in the Hindi belt. Even the world wide was stunned by the film. Also Read – Not only Brahmastra 2, the sequel was announced as soon as these films became hits, many will soon explode on the silver screen

After the success of the first and second part of Yash’s film ‘KGF’ and on the demand of the people, the makers thought of making its third part. Now the makers have made a big gesture regarding ‘KGF 3’. In fact, it is being told in media reports that Hombale Films has announced about its film ‘KGF 3′ that its shooting will start in the year 2025. Makers have told that director Prashant Neel will be busy with Prabhas’ film ‘Salar’ till September 2022. Accordingly, fans are speculating that they will be able to see Yash’s film ‘KGF 3’ in theaters in the year 2026. Also Read – Top 5 South Gossips Today: Liger trailer creates buzz, Nayanthara-Vignesh Shivan’s pre-wedding photoshoot goes viral