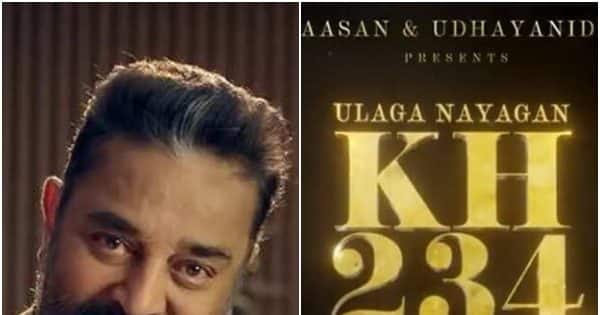 Kamal Haasan join hands with Maniratnam in KH 234 Teaser: Kollywood film star Kamal Haasan is going to celebrate his 68th birthday on 7th November. On this special occasion, filmmaker Mani Ratnam has given a very sweet gift to the fans of the actor. Watch the teaser video of Kamal Haasan’s 234th film.

AR Rahman will give music

Interestingly, the movie star Kamala hasan and director Mani Ratnam Music composer AR Rahman is going to give music for the film. This has also been announced by the makers through this beautiful announcement video. Fans are very excited after the announcement of this film. Director Mani Ratnam and composer AR Rahman are often coming together for the film.