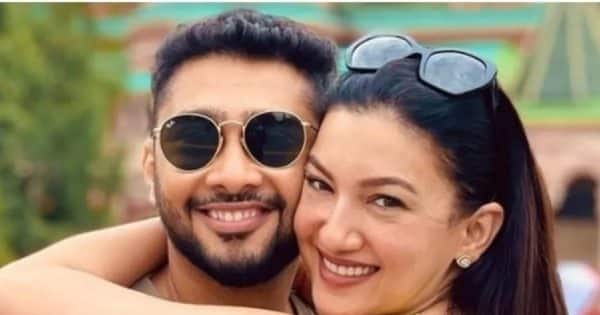 Gauahar Khan New Video: TV actress Gauahar Khan and Zaid Darbar have given good news to their fans. The actress has shared a clip in which she is giving information about her pregnancy.

Gauahar Khan announced her pregnancy: bigg boss 7 winner Gauhar Khan And Zaid Darbar Good news is coming for the fans. Please tell that Gauhar Khan and Zaid Darbar got married in the year 2020. Now after almost 2 years, the noise is going to resonate in Gauhar and Zaid’s house. Yes, Gauhar Khan has given this information to his fans through his social media. Actually, Gauhar Khan has shared a video on her Instagram, in which the actress has told about her pregnancy. The actress wrote, ‘Bismillah Heer Rahman Neer Rahim needs your love and blessings. From marriage to the realization of this beautiful journey Also Read – Bigg Boss 16: Gauhar Khan was impressed by Ankit Gupta’s attitude, said- ‘Big Boss’s trophy..’

This video of Gauhar Khan is very funny. In this clip, both are seen in cartoon form. In the clip, Gauahar is seen riding a bike with her husband Zaid Darbar. After this, it is written in the video that when Ji met Jade, we became two from one and now there will be three soon. Let us tell you that many stars including her fans are showering love on this video of Gauhar Khan. Along with this, people are continuously commenting on this clip and wishing Zaid to Gauhar Khan. Also Read – Today TV News 8 December: Aishwarya Sharma trolled badly on birthday, Hina Khan’s ‘conspiracy’ poster released

Let us tell that the love story of Gauhar Khan and Zaid Darbar is very interesting. These two met for the first time in a store. After this Zaid messaged Gauhar on social media. After this both of them became friends. Gradually this friendship has turned into love. On the other hand, Gauhar Khan has rocked many TV shows. Apart from this, Gauhar Khan remains very active on social media and often shares pictures and videos with her fans. While talking about Joud Darbar, he is a choreographer. Also Read – Bigg Boss 16: Bigg Boss is intentionally becoming the mother-father of Sajid Khan’s gang, after Soundarya these celebs also claimed