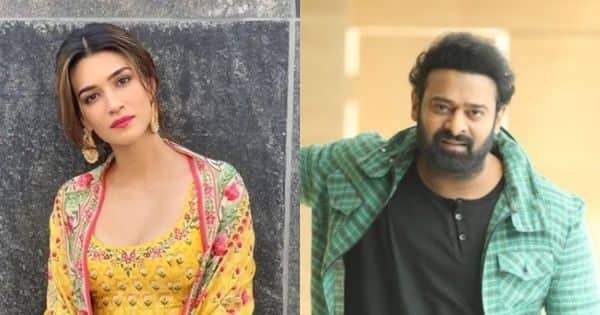 Kriti Sanon Statement On Dating With Prabhas: Actress Kriti Sanon has broken the silence on the news of dating with actor Prabhas. Kriti Sanon has told the whole thing by sharing a note on her social media account.

Bollywood actress Kriti Sanon These days he is in discussion about his film ‘Bhediya’. Along with this, he is also in headlines for his personal life. Actually, there are reports from the past that Kriti Sanon and Prabhas are dating each other. In fact, Kriti Sanon’s Bhediya co-star Varun Dhawan had hinted during a reality show that he has Prabhas in his heart. However, during this time the atmosphere was quite funny. Since then the news of Kriti Sanon and Prabhas dating started coming. Now Kriti Sanon has reacted to these news and told the truth. Also Read – Manish Malhotra’s Birthday Bash: Nora Fatehi, Karan Johar, Kriti Sanon, Varun Dhawan and other stars attended the party

Kriti Sanon Has written a note on the story of his Instagram account. It is written in it, ‘This is neither love, nor PR. Our wolf got a little too wild on a reality show. And their funny banter gave rise to some rumors. Before any portal announces my marriage date let me clear one thing. The rumors are absolutely baseless. Also Read – In Manish Malhotra’s birthday party, these stars increased the brightness, fans got excited after seeing Malaika’s look 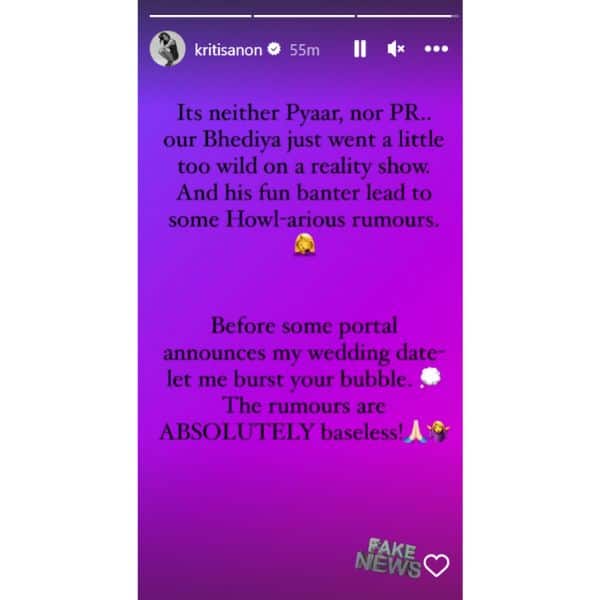 Varun Dhawan had said this

Let us inform that Varun Dhawan and Kriti Sanon reached the sets of ‘Jhalak Dikhhla Jaa 10’. During this, Karan Johar asked Varun Dhawan why Kriti Sanon’s name was not there in the list. On this Varun Dhawan said, ‘Kriti’s name was not there because Kriti’s name… is in someone’s heart. There is a man who is not in Mumbai, he is currently shooting. With Deepika Padukone. After this, the fans started speculating that his gesture Radiance Only towards Who is currently busy shooting for Project K with Deepika Padukone.