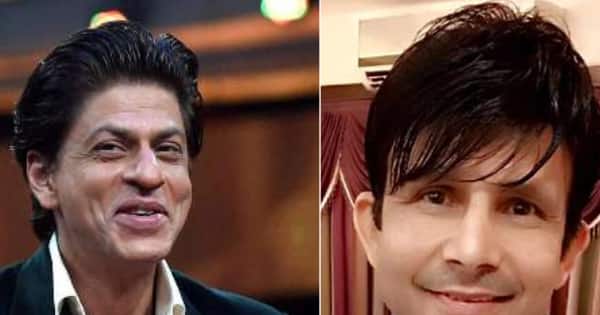 KRK On Shahrukh Khan Pathaan: Kamal Rashid Khan has recently tweeted about Shahrukh Khan’s film Pathan. Due to which he is making fun on social media.

KRK said this about Pathan

KRK He is quite famous on Twitter, his reviews of Bollywood films are becoming fiercely viral on social media. Meanwhile he Shahrukh Khan Wrote something about the film Pathan, for which he is being trolled a lot. KRK has made two tweets about Shahrukh Khan’s film Pathan. In the first tweet, he wrote, ‘Bhaijaan Shahrukh do you think your film Pathan will prove to be a hit at the box office?’ On this tweet, people made fun of KRK and wrote that this film will not only be an empty hit but a super hit. After this, KRK again tweeted about Pathan. In which he replied to the old tweet and wrote, ‘Seems Shah Rukh Khan himself does not believe that his film Pathan will be a hit.’

Bhai Jaan @iamsrk are you sure that your film #pathaan will become a hit. #AskSRK

Yaar Maine Question Kaya Pooch Liya, SRK Sahab Toh Bhaag Khade Huwe. He didn’t even say yes. Means #SRK himself is not sure if #pathaan will become a hit.?? https://t.co/04p36HOmas

KRK is making a lot of fun on Twitter about these two tweets. On both of his tweets, people are seen giving different types of reactions. What is your opinion about this film of Shahrukh Khan, do let us know by commenting.