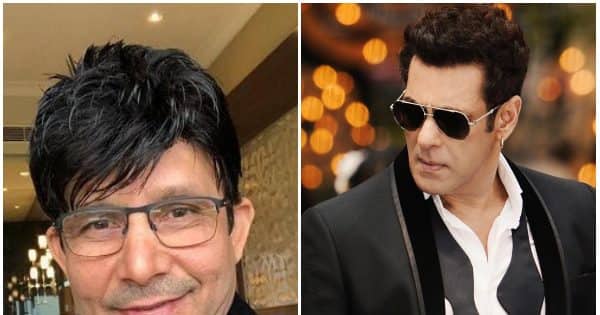 YouTuber and ex-Bigg Boss contestant who calls himself a film critic Kamal R Khan Recently tweeted on social media and said, ‘I want to tell all the media people that Salman Khan was not behind my arrest as I thought. Someone else went from behind to play. brother Salman Khan I apologise. I am sorry to misunderstand you. And I do apologize if I have hurt you in any way. I decide not to review your films by myself.

I want to inform all media ppl that #SalmanKhan was not behind my arrest as I thought. Peeche Se Koi Aur Khel Kar Gaya. Bhai jaan @BeingSalmanKhan I am really sorry for misunderstanding you. And I apologise if I did hurt you in anyway. I voluntarily decide to not review ur films.

After these tweets of Kamal R Khan, there has been a flood of comments on social media. Many internet users started asking KRK that who is he then? So many people are commenting and asking whether they got scared. See people’s comments here.

What was the whole matter?

Actually, KRK, while reviewing Salman Khan’s film Radhe, made many comments against the actor alleging corruption and money laundering. Enraged, Salman Khan made a defamation claim against KRK. Since then there was an ongoing fight between the two. After some time, Kamal R Khan was arrested by the police while coming from Dubai to Mumbai. KRK was seriously accused of seeking sexual favors from an actress. After which the police arrested KRK and took him to judicial custody for 14 days. KRK was later released on bail from a Mumbai court. Since then KRK’s arrest was being linked to Salman Khan, Karan Johar and many big Bollywood stars.