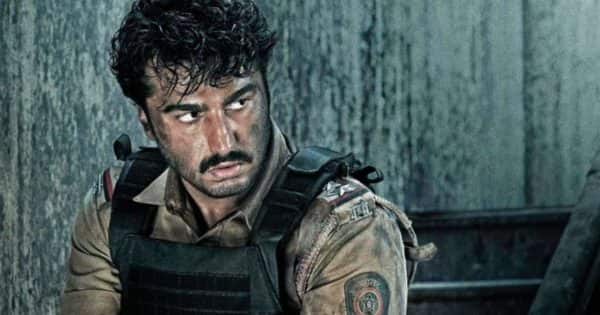 Arjun Kapoor Movie Kuttey Box Office Collection: Arjun Kapoor’s film ‘Kuttey’ has been released in theatres. The film did not earn much on the first day. Have a look at the first day figures of the film.

Kuttey Box Office Collection Day 1: Bollywood actor Arjun Kapoor a film by ‘Dog’ (Kuttey) Has knocked in theaters on last Friday i.e. 13th January. Ever since the film was announced, it was in discussion about its title. The figures of the first day of the film’s earnings have come to the fore. The way the film ‘Kutte’ was made, it did not earn according to that. The makers and actors must have been disappointed to see the film’s opening day collection. Let us know how much Arjun Kapoor’s film has earned on the first day. Also Read – Kuttey Box Office Collection ES Day 1: Arjun Kapoor’s ‘Kuttey’ made a slow start on the opening day, collected so much on the first day

Arjun Kapoor K’s film ‘Kutte’ has not taken a great start at the box office. If you look at the first day’s earnings of the film, it has done a business of only 1.07 crores. Based on the response received on the first day of the film, it can be said that it can earn close to 5 crores on the first weekend. In this way, Arjun Kapoor’s film ‘Kutte’ has not been able to bring people to the theatres. This collection is very less for a film made in a budget of Rs 50 crore. Also Read – Kuttey Public Review: People did not like Arjun Kapoor and Tabu’s film ‘Kuttey’? Viewers said, ‘There is no power in the story, only abuses…’

#Kuttey Has a slow start on Day 1… Gathered pace in the evening shows at premium multiplexes… Needs to see a miraculous turnaround on Day 2 and 3… Fri ₹ 1.07 cr. #India biz. pic.twitter.com/RwFDyEZ87q

Apart from Arjun Kapoor, Tabu, Konkona Sen Sharma, Naseeruddin Shah, Radhika Madan and Kumud Mishra are also in important roles in the film ‘Kutte’, directed by Aasman Bhardwaj. Aasman Bhardwaj, son of famous Bollywood director Vishal Bhardwaj, is going to make his directorial debut with the film ‘Kutte’. Talking about the work front, Arjun Kapoor will now be seen in the film ‘The Lady Killer’ and the film ‘Meri Patni Ka Remake’. Also Read – Kuttey Review: Tabu steals the show with her acting, know how Arjun Kapoor’s ‘Kuttey’ is