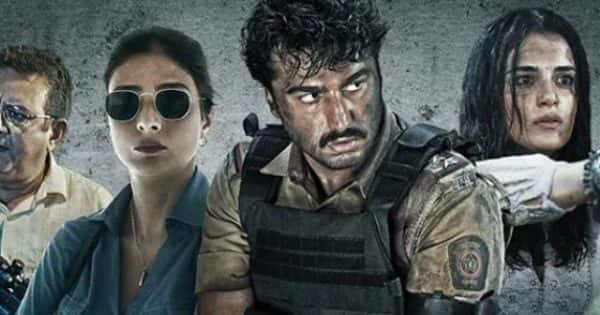 Arjun Kapoor Kuttey Twitter Reaction: The trailer of Arjun Kapoor and Tabu’s film ‘Kuttey’ has been released. Know here how this action-thriller film is getting reactions on Twitter.

Kuttey Twitter Reaction: The trailer of Bollywood actor Arjun Kapoor, Naseeruddin Shah, Tabu, Konkona Sen Sharma and Radhika Madan starrer film ‘Kuttey’ has been released. The trailer of this film directed by Aasman Bhardwaj is witnessing tremendous action and ruckus. While Arjun Kapoor and Tabu are in the role of policemen in the film, Naseeruddin Shah is playing the role of a don. In the film, the acting of Tabu, Arjun to Radhika is being highly praised. From the screenplay of ‘Kutte’ to its BGM, people are praising it fiercely. In this report, know how the trailer of Arjun’s ‘Kuttey Trailer’ is getting response on Twitter. Also Read – Kuttey Trailer: The trailer of Arjun Kapoor’s ‘Kuttey’ was released, the film will hit the theaters on this date

Tabu is being praised fiercely

Tabu is being praised fiercely in the trailer of ‘Kutte’. A user wrote about Tabu’s avatar in the trailer, “Only Tabu is enough to watch my dog ​​movie. Never seen her in such an avatar.” So while another user wrote, “The trailer of the dog looks very interesting. Aasman Bhardwaj will definitely take his father’s legacy forward.”

taboo is enough for me to watch #Kuttey movie, never seen her in such avatar pic.twitter.com/Jyy4UgG9il

Is it only me or #Kuttey is the trailer looking quite interesting? Aasaman Bhardwaj is definitely taking his father’s legacy to the next level.

The cast is something to watch out for.

Looking forward to it!!!

Another user heaped praise on Arjun Kapoor, Tabu and Naseeruddin Shah’s film ‘Kutte’ and wrote, “Kutte is giving the wives of old Bhardwaj films. The cast of the film is amazing. Waiting for it.” Also Read – Kuttey: Arjun Kapoor’s first look out from ‘Kuttey’, the film will be released in theaters on this date

‘Kutte’ will be released on this day

Directed by Aasman Bhardwaj, Kutte will release on January 13 next year. The film is produced by Luv Films and T-Series. Please inform that Vishal Bhardwaj’s son Aasman is making his directorial debut through this film. After the release of the film’s trailer, people’s expectations from ‘Kutte’ have increased a lot. In such a situation, it has to be seen whether this film will be able to live up to the expectations of the fans or not. Also Read – Kuttey: New release date of Arjun Kapoor-Tabu’s film out, will hit the big screen in this month in 2023